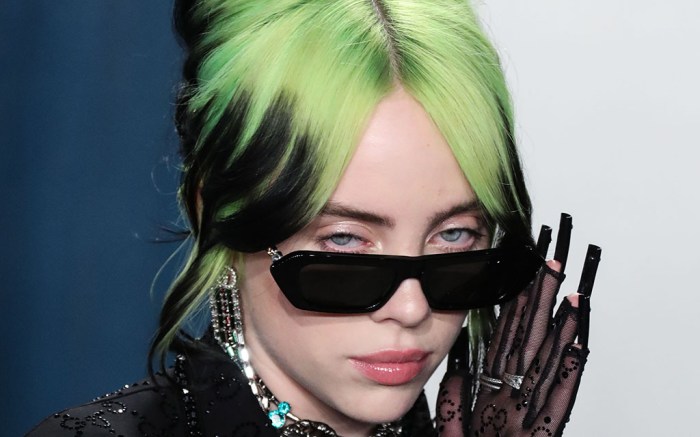 Billie Eilish posted for the the first time in a month on Instagram today — and for good reason. The singer announced her next song, titled “My Future,” will be coming out Thursday, July 30.

Eilish has been the go-to work-from-home style inspiration as she’s often spotted in oversized hoodies and basketball-style shorts, socks and sneakers. While Gucci sneakers seem to be a favorite of hers, Eilish opted for a pair of the coveted Air Jordan 1 OG Dior high-tops in today’s Instagram photo. She stuck with her signature look, wearing a matching gray, baggy sweatsuit.

“my future” out thursday

According Pietro Beccari, president and chief executive officer of Christian Dior Couture, 5 million people registered for a chance to buy the $2,000 Air Jordan Diors. Only 13,000 pairs of the limited-edition shoes were produced, with 5,000 pairs offered to Dior’s top clients.

And it looks like Eilish was one of the lucky ones. She joins the likes of Kylie Jenner, Travis Scott and Ashanti, who’ve also been seen in the sneakers.

The kicks are made in Italy with Italian leather, hand-painted edges, original Dior Oblique jacquard swoosh and transparent soles with the Air Dior Wings and Dior logos. On the resale market, the sneakers are available on StockX.com for more than $10,000.

Eilish continued with the logo trend by sporting a matching black and gray face mask that featured Louis Vuitton’s signature “LV” and flower logos in her latest Instagram outfit. She also wore a gray beanie hat, which covered her signature neon green hair.

The “Bad Guy” singer has laid low during lockdown, with the exception of speaking out in support of the Black Lives Matter movement. Last month, she posted on her Instagram story as she took a knee while participating in a protest in Los Angeles. She also posted a lengthy message on social media, denouncing “All Lives Matter,” which received more than 6.5 million likes.

To see more of Eilish’s signature outfit combinations to try at home, click through the gallery.