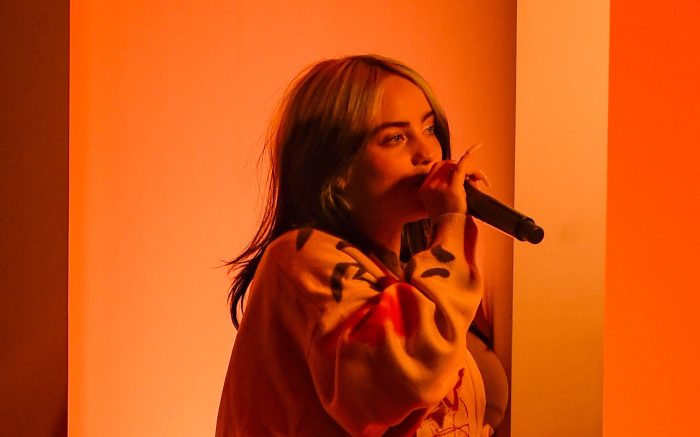 Singing “Therefore I Am” alongside her brother Finneas on stage at the Microsoft Theater in Los Angeles, Eilish maintained her signature edgy style by wearing a graffiti-clad ensemble.

The star, who received the New Artist of the Year Award at the 2019 AMAs, opted for an oversized sweatshirt, which she paired with cut off shorts that read “I See Dead People” in a spray paint-like font.

On her feet, Eilish opted for studded Converse sneakers that appeared to be leather and featured a black tongue. The sneakers were also designed with a chunky rubber outsole. The brand — beloved by many, including Vice President-Elect Kamala Harris — recently debuted a shearling high-top style that retails for $68 (was $90) at Converse.com.

Finneas also wore a graffiti-style look, but paired his ensemble with Nike x Off-White Air Jordan 4s. The shoes, which feature a leather outer and rubber sole, are available for $1,420 at Farfetch.com.

The 2020 AMAs are broadcasting live on ABC from 8 p.m. to 11 p.m. ET.  Taraji P. Henson is this year’s host. The actress went for old Hollywood glam on the red carpet with a jeweled head wrap and metallic Tom Ford Pumps.