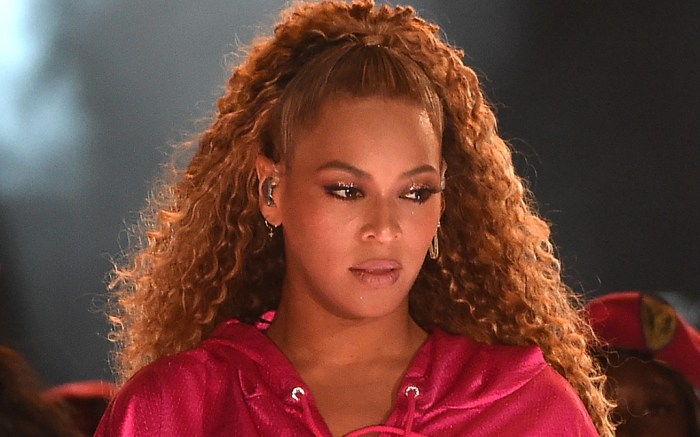 It’s official: Ivy Park and Adidas are back once more for another hit collection and Beyoncé is first in line to model the new styles.

The “Black Is King” artist donned pieces from the upcoming capsule, set to release online on Oct. 29 at Adidas.com and in stores on Oct. 30, on Instagram yesterday to preview the designs for her 155 million followers. In one look, the Grammy Award-winning singer posed in a pastel green bodysuit with contrast striping; she accented the look with branded soft nude sock booties set atop a see-through block heel.

The athleisure-chic looks didn’t stop there, either. On social media, the Ivy Park brand page revealed all the pieces from the soon-to-be-released collection, all modeled by Beyoncé herself of course. The capsule highlights shades of pink, tan, neon yellow and green in a series of outerwear, athleisure and loungewear styles.

The footwear selection includes an Ivy Park Ultra Boost and Super Sleek 72. in addition to the Nite Jogger silhouette, all joined by a new Ivy Park Forum design in both mid-top and low-top iterations.

Beyoncé released her debut collection with Adidas through her athleisure line Ivy Park at the beginning of 2020 and it quickly made headlines due to its stylish nature and unique drop. Before any pieces were available to shop, the Houston singer delivered surprise packages filled with apparel and footwear from the capsule to stars near and wide including Ciara, Reese Witherspoon and Cardi B amongst others.

While Beyoncé’s new booties may not be available to shop yet, you can still achieve her effortlessly-chic style with these next nude sock boots.

Click through the gallery to see even more of Beyoncé’s Ivy Park x Adidas first collaboration from January.