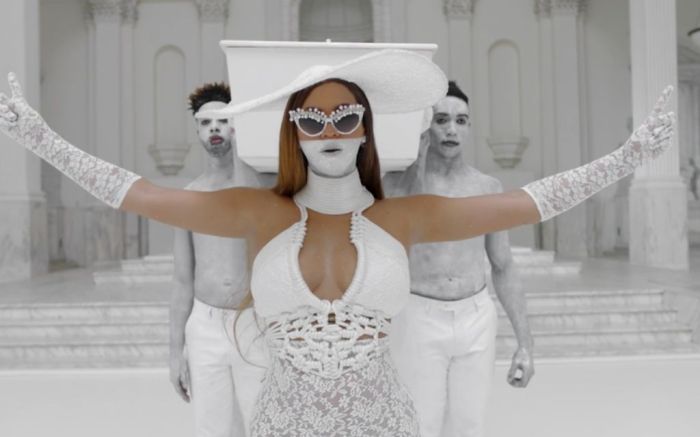 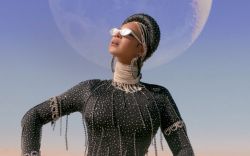 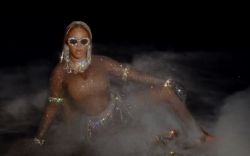 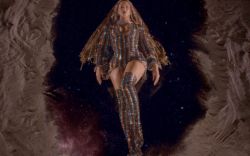 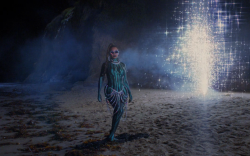 The first photo shows her in a draping royal blue gown, featuring exaggerated puff sleeves and a slit up the thigh. Beyonce herself hides behind a huge lacy black sunhat that veils her face. The open front gives way to a large diamond necklace and for footwear she chose classic gray pumps.

In her second post, the 24-time Grammy winner poses in front of a fireplace in a silky green suit and gold-accented jewelry. Atop her head, she wears a spiraling gold headdress, that alludes to her Queen B status. Beyonce didn’t forget to tie in the royal blue from the previous post, as she wears an edgy blue lip and peers from behind round, black shades.

The third photo ties together a pink floral theme, with Beyoncé in a bright pink silk halter carrying a basket of flowers on her shoulder. The singer-songwriter wears gold hammered statement earrings.

Released on July 31, “Black Is King” was directed and produced by Beyoncé and served as a visual companion to the 2019 album The Lion King: The Gift. Ever forward-thinking, the film explores race both within the music and fashion worlds. As an influential leader in both industries, Beyoncé’s film celebrates Black beauty and fashion.

Many have referred “Black Is King” as the pinnacle of the Beyoncé monarchy — Queen B attracts millions of fans from all over the world in this celebration of Black empowerment. Its anti-racist and unifying message affirms community in a time of both political and fashion industry divide. “Black Is King” is available now on Disney+.

Although the silk outfits from Beyoncé’s posts may be unavailable to the public, you can shop similar colorful silky looks with designer Carly Cushnie or designer Fe Noel.

To Buy: Carlie Cushnie Silk Crepe Off The Shoulder Gown, $2,395