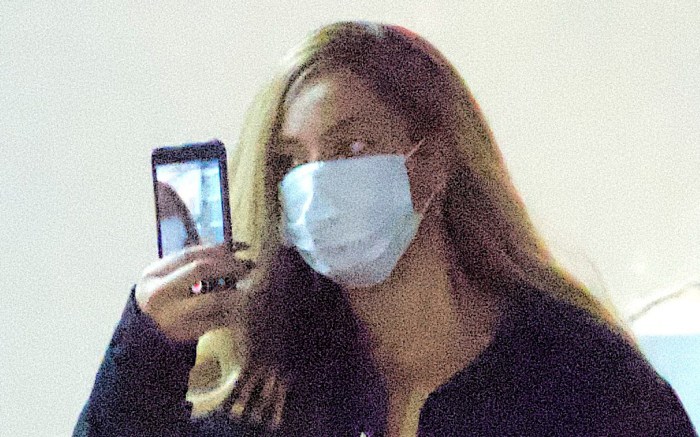 Beyoncé made a rare appearance this weekend, dressing up in head-to-toe Adidas in New York.

Spotted leaving a photoshoot rumored to be for the Three Stripes brand, the “Black Is King” musician ventured out in a black and gold button-up tracksuit. The design echoes similar silhouettes created as part of Beyoncé’s Ivy Park collaboration with the German athletic brand that launched in January. The maroon and orange jumpsuits included stripes on both sides and, though they originally retailed for $120, they now resell for upwards of $350 at StockX.com.

As for footwear, the Grammy Award-winning artist looped in another item from Adidas with high-top sneakers. The basketball-inspired pair featured all-white uppers with bold signature stripes across the lateral and medial sides. The lace-up design came complete with a securing cross-anklet strap, echoing retro designs from the 1980s. The style bears resemblance to the brand’s Forum High that debuted in 1984 and can be found on StockX for $105 to $354 in select sizes.

Beyoncé released her debut collection with Adidas through her athleisure line Ivy Park at the beginning of 2020 and it quickly made headlines due to its stylish nature and unique drop. Before any pieces were available to shop, the Houston singer delivered surprise packages filled with apparel and footwear from the capsule to stars near and wide including Ciara, Reese Witherspoon and Cardi B amongst others.

The two fashion powerhouses are rumored to be joining forces once more, as reported by sneaker leaks account @yankeekicks. The Instagram user shared a first look at what appears to be surfaced images from a new Adidas x Icy Park collection; the Adidas Nite Jogger gets a “Dark Green/Frozen Yellow” remake as seen in the photo, finished off with a can’t-miss “Ivy Park” hangtag hooked on at the heel.

Click through the gallery to see even more of Beyoncé’s Ivy Park x Adidas collaboration.