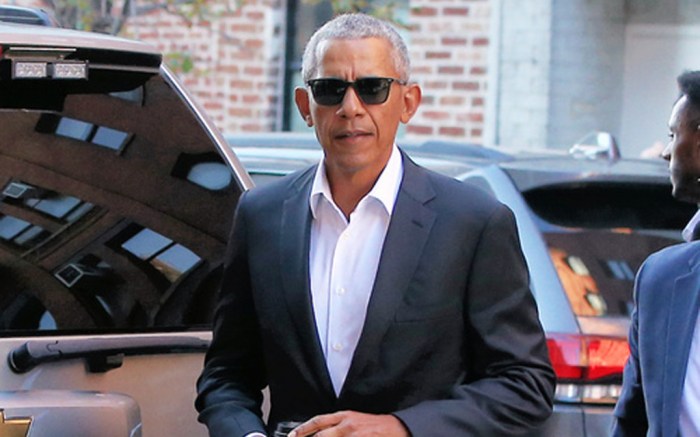 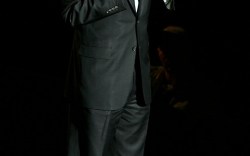 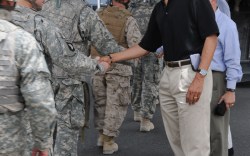 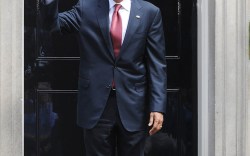 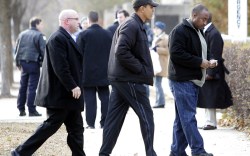 There are many serious things that President Obama is known for in government and politics. But when it comes to fashion, the former president’s personal style has become something of a long running joke.

Images of his off-duty looks featuring loose-fit, straight-leg jeans and Asics and New Balance sneakers are thoroughly cemented in the public’s perception of Obama as a dorky dad who just happened to be the leader of the free world.

A snapshot of Obama on a bike ride in 2010 in an ill-fitting helmet and equally ill-fitting stone washed jeans — complete with tucked-in polo shirt and what are clearly “dad” sneakers — have proven to torment him throughout his time in office and beyond.

“I’ve been unfairly maligned about my jeans,” Obama told Ryan Seacrest back in 2014 when the radio host told him he needed some new denim. “The truth is, generally I look very sharp in jeans. There was one episode like four years ago in which I was wearing some loose jeans mainly because I was out on the pitcher’s mound and I didn’t want to feel confined while I was pitching and I think I’ve paid my penance for that. I got whacked pretty good. Since that time, my jeans fit very well.”

Many would beg to differ with the president. But that doesn’t mean his fashion choices haven’t been influential. As both the “mom” jean and the dorky “dad” shoe have continued to dominate fashion, one can’t help but wonder if President Obama has something to do with it.

Could Obama actually be responsible for the “dad” shoe trend after all? In honor of the president’s birthday today — and the resurgence of the trend last month at Milan Men’s Fashion Week, it’s worth an explanation.

As with any trend, one only needs to look back a decade or so to see the full cycle, especially after photo-ops of the president showed him in similar fashion choices. Yet another example of this is when Obama wore his mom-jeans-and-dad-shoes combo in 2009 at the White Sox v. Cardinals game that took place in St. Louis where the president threw out the first pitch.

Throughout his time in office, the president favored the dorkiest looking styles from Asics – and eventually, New Balance, when the Massachusetts-based brand made a pair for him in 2012 through the company’s Made-in-America program.

It was during the Obama presidency that the “normcore” trend started to take shape and then exploded, in 2014.

Then, in 2016, just as Obama was getting ready to leave the White House (and nostalgia for the Obama years had already set in for many), Balenciaga released its Triple S, the sneaker that would become known as the dad shoe of all dad shoes.

Since then, virtually every athletic brand — and nearly every major luxury fashion label —  has made a “dad” shoe, and the trend shows no signs of slowing down.

Obama as fashion influencer. Who knew?

New Balance’s chunky sneakers are a classic dad shoe style. You can’t beat its signature lifted base with a thickened toe and treaded outsole, complete with vintage detailing.

Unlike a classic clog, this Crocs shoe uses leather panels for a more work-ready look that can be worn to the beach or pool, too.

If your dad prefers lifted over flatter style, Nike’s take on the silhouette is the ultimate pick with its mega-boosted sole featuring an Air unit for comfort.