Worst Dressed at the 2020 BAFTAs, According to You 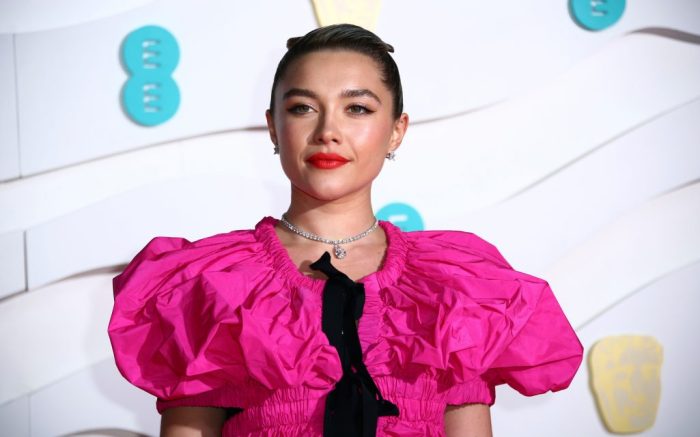 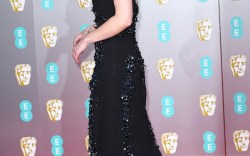 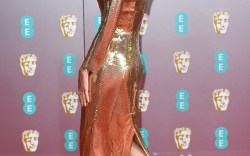 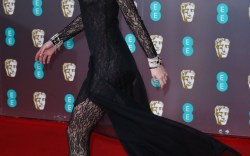 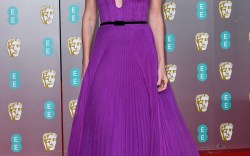 Awards season is underway, and today, celebrities flocked to the United Kingdom for the 2020 BAFTAs, the British Academy Film Awards, held at the Royal Albert Theater in London.

Throughout the night, netizens were quick to weigh in with their assessments of the red carpet fashion, and they felt some of the stars took a wrong turn with tonight’s ensembles. Below, FN takes a look at the outfits Twitter users thought missed the mark.

Florence Pugh went for dramatic puffed sleeves, a 2020 awards season staple, in a Dries Van Noten spring ’20 ensemble. The piece was also in one of the season’s biggest colors: hot pink. Despite seemingly ticking all the trend boxes, Pugh’s look didn’t please netizens. One Twitter user said the gown resembled a “fitted sheet” while another said she should “fire her stylist.“

Cannot stop thinking about how much this resembles a fitted sheet….when I said I want Florence Pugh in bed this is not what I meant pic.twitter.com/2IZbDgw5qP

Bless Florence Pugh but she needs to fire her stylist

Rooney Mara stepped out in a black Givenchy spring ’20 couture gown with sheer puffed sleeves and an embroidered silk bodice. The look didn’t win over everybody, with @allmyatoms writing: “Rooney Mara is that Simpson episode where Marge recycles the same designer dress at every high function she attends but it’s so obviously the same outfit.”

Rooney Mara is that Simpson episode where Marge recycles the same designer dress at every high function she attends but it’s so obviously the same outfit pic.twitter.com/VIikjILDjT

Margot Robbie hit the red carpet in an understated black Chanel peplum dress with lace accents. The simplicity of the gown didn’t keep it from being mocked, with one Twitter user writing: “somebody lied to margot robbie several times and told her that dress was hot, fly, sexy, and it is nothing like that it is nothing of the sort.” Another netizen concurred, predicting the star would make a “worst dressed list tomorrow.“

somebody lied to margot robbie several times and told her that dress was hot, fly, sexy, and it is nothing like that it is nothing of the sort pic.twitter.com/KZBM2iAp1P

Well, I know who's going to be on a worst dressed list tomorrow.

Robbie should be playing this game on easy mode. So much fashion is made for women who look just like her. But Chanel gives her this.

Vanessa Kirby arrived at the BAFTAs in a sparkly silver and burgundy Valentino frock, which she paired with strappy sandals. The actress’ outfit was a no-no for some fans, with two Twitter users concurring that she “deserves so much better.”

Noooo 🙈 Vanessa Kirby deserved SO much better than this 😔 She is so beautiful IRL https://t.co/2uMzxmvYxo

WHO TF DRESSED VANESSA KIRBY @ BAFTAS?? SHE DESERVE SO MUCH BETTER 😭😭😭😭😭

Lily-Rose Depp, daughter of American actor Johnny Depp and French star Vanessa Paradis, wore a daring lace Chanel catsuit on the carpet. But one fan thought it looked costumelike, writing: “lily rose depp’s outfit looks like something I would wear on Halloween if I couldn’t decide what exactly I wanted to be.”

Alice Eve wore a flapper-esque fringed gown from Ralph & Russo to the BAFTAs. One fan thought the fringed gown might be primed for a wardrobe malfunction, noting, “that’s gonna get in her dinner at some point.”

Alice Eve… now that’s gonna get in her dinner at some point but perfect for the disco after!!! #bafta #BaftaAwards2020 #frockwatch pic.twitter.com/l5PnlG9EYi

Click through the gallery to see all the celebrities on the red carpet at the 2020 BAFTAs.