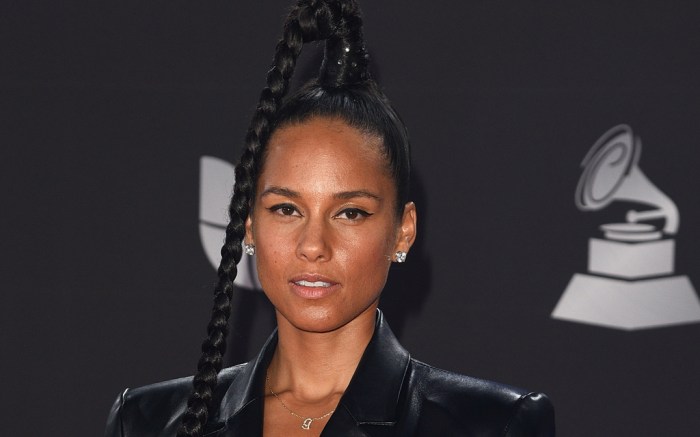 Alicia Keys didn’t hold back on her wow-worthy look for the 2020 Billboard Music Awards.

The “No One” singer is set to perform during tonight’s show and previewed her award-ready look on social media before the evening kicked off. Her ensemble featured a full-length and full-sleeved crystal-coated Yousef Al-Jasmi jumpsuit in a nude shade; it also included Sanjay Kasliwal earrings to tout.

As for footwear, the look got even bolder with her choice of slingback pumps; the metallic silver pair with its pointed-toe finish and a rounded vamp atop a towering heel.

New side of Alicia to introduce you to. Nice to meet you. I’m ready 4 tonight at the @bbmas 8pm ET 💎💎💎

For the coveted title of Top Artist, the nominees are Taylor Swift, the Jonas Brothers, Billie Eilish, Khalid and Post Malone. Lizzo, DaBaby, Billie Eilish, Lil Nas X and Roddy Ricch are the group up for Top New Artist as well.

Click through the gallery to see the best red carpet looks from the Billboard Music Awards.