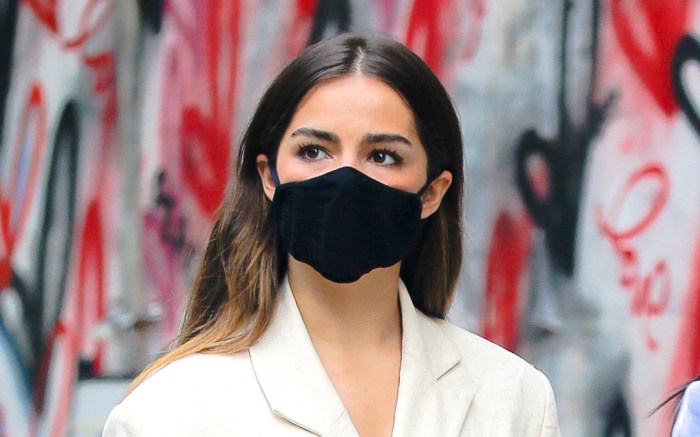 The TikTok star joined the Poosh founder as the two wandered the city throughout Saturday afternoon in coordinating ensembles. While Kourtney opted for a blue and white tie-dye blazer dress, Addison Rae went for an off-white take on the style with a wrap waist.

When it came down to footwear, the duo coordinated once more in chunky lug-sole footwear courtesy of Prada. Kourtney’s pair came in the form of the brand’s Monolith combat boots whereas her 20-year-old counterpart had on the label’s Creeper version of the shoe. The low-top pair comes set atop a lifted sole with lugged detailing across the midsole and smooth patent uppers. You can find Addison Rae’s pair retailing for $950 at Farfetch.com.

Later in the day, though, Addison Rae decided to switch up her footwear as she and Kourtney stepped out once more for smoothies in the city. Instead of her Prada pair, the Gen-Z star slipped on a set of Dr. Martens boots; the brand’s Molly Metallic boots come with an iridescent navy upper and a platform lift. The style once retailed for $180 at DrMartens.com but has since sold out; you can find similar styles at Zappos on sale for $162 in select sizes.

When it comes to footwear, the boots and creepers are just one of the many silhouettes in Addison Rae’s everyday rotation. In addition to sharing a love for New Balance sneakers with friend Kourtney Kardashian, the Gen-Zer is a major fan of one special silhouette from Nike in particular; the brand’s Air Force 1 sneaker first hit shelves in the 1980s and has since become a cultural icon and must-have footwear style for the younger generation. From “Stranger Things” actress Millie Bobby Brown to musician Madison Beer, these affordable and easy-going sneakers can be found in a variety of street-style inspired looks from the younger generation.

On top of trending sneakers, Rae has started her own beauty line, Item Beauty, and starred in a recent campaign for American Eagle.

Click through the gallery to see more stars who love their Dr. Martens boots just like Addison Rae.