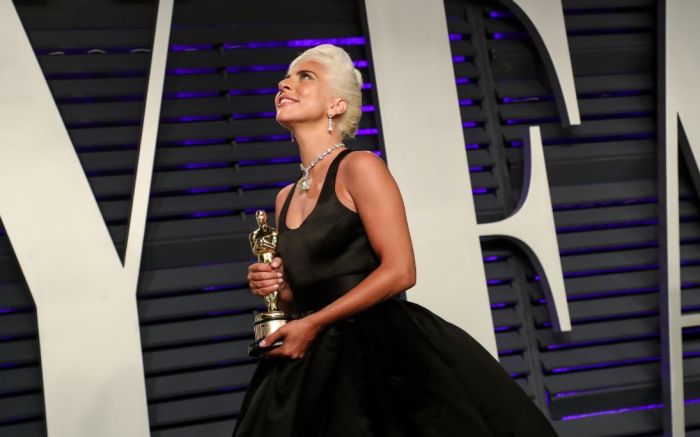 Sunday wraps up awards season with the 92nd Annual Academy Awards. And whether you’re planning an official viewing party or simply planning to watch the red carpet while ordering take-out, there are a few ways to tune in via your TV or live stream. The need-to-know details are ahead.

Click through the gallery to see all the arrivals on the red carpet at the 2020 Oscars.

How to Watch The Academy Awards Red Carpet

Live red carpet coverage begins at 6:30 p.m. ET. on Oscar Sunday. You can watch either on ABC, the ABC app, or can tune in direct for a livestream on Twitter @TheAcademy.
For the most passionate red carpet fans, you can also tune into E! or the E! app for coverage beginning as early as 1 p.m. ET for dispatches from the Dolby Theatre in L.A. The official E! Oscars red carpet coverage, with Ryan Seacrest and Giuliana Rancic, will begin at 5 p.m. ET on E!

That’s a trick question. There’s isn’t one. For the second year in a row the Academy Awards will be host-free. Instead, count on a cast of amazing presenters to provide moments of entertainment, humor, and reflection on some of the most impressive films of the year. Among the 2020 presenters are Jane Fonda, Tom Hanks, Natalie Portman, Timothée Chalamet, Will Ferrell, Mindy Kaling, Diane Keaton, Kristen Wiig, Lin-Manuel Miranda, Maya Rudolph, and Spike Lee.

A few films stand out for the sheer volume of nominations they’ve received this year, including “Joker,” “The Irishman” and “Once Upon a Time… In Hollywood.” However, exciting first-timers to the Academy Awards include leading actress nominee Cynthia Erivo for “Harriet” and Supporting Actress nominee Florence Pugh for “Little Women.” Additionally, the South Korean director Bong Joon-ho has been nominated for the first time for “Parasite,” the foreign film that swept up six nominations this year including for best picture.

How Does Hollywood Celebrate?

Famous fans and nominees take part in the styling and gifting suite circuits to pick up swag. Doris Bergman’s annual pre-Oscars style lounge, GBK’s pre-Oscars luxury celebrity gifting lounge and Debbie Durkin’s EcoLuxe Lounge attracted scores of entertainers during the industry’s biggest and busiest weekend. TV personality and ShoeDazzle collaborator Kendra Wilkinson kicked things off Saturday at the EcoLuxe Lounge wearing wedges from her own collection from the brand. The Orana buckle strap sandals came with a peep-toe profile on a 4-inch wedge heel; they’re available for $59.95 on Shoedazzle.com.

And after the Oscars ceremony wraps, the stars flock to the after-parties. Annually, Elton John’s AIDS benefit, Vanity Fair and the Governors Ball attract the largest crowds and most high-profile guests.

When you buy something through our retail links, we may earn commission and the retailer may receive certain auditable data for accounting purposes.