This Nike Sneaker Is a Top Wish List Item for Black Friday, According to Klarna 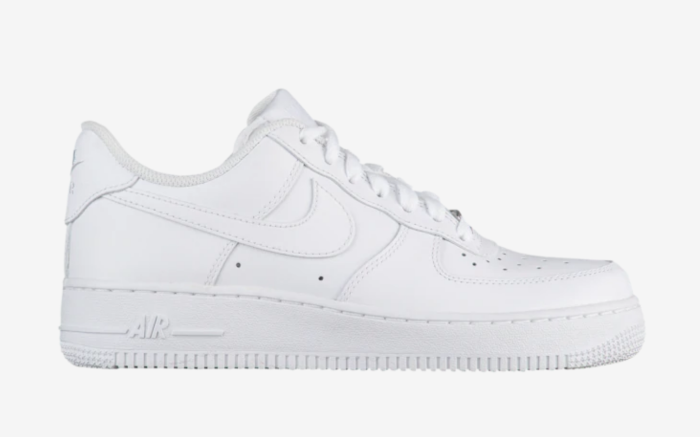 This Holiday season, shoppers have their hearts set on a classic sneaker.

According to new holiday data released by Klarna on Monday, consumers are most interested in footwear gifts this season, specifically Nike Air Force 1s.

The Nike Air Force 1 sneaker came in at number two on Klarna’s Top 10 Wish Listed Gifts for Holiday 2020 (Apple AirPod Pro was listed as number one). The data was collected from the U.S. Klarna app between Oct. 1 through Nov. 8, 2020.

“We’re seeing that U.S. consumers are prioritizing electronic purchases and flocking to online marketplaces as many new ‘stay at home’ orders,” Klarna’s Head of U.S. David Sykes said. “Recent Wish List data from the Klarna app echoes these trends, showing that shoppers across all age demographics are particularly interested in personal electronics, footwear and home items as we enter the holiday season.”

But why are the Nike Air Force 1s so trendy?

The shoe, which originally was a hit with basketball players, debuted in 1982, and has since offered a number of colorways, collaborations and customizations. The shoe saw a major mainstream resurgence this summer with the Air Force 1 low, which features a crisp, all-white leather colorway.

The style has been worn by a number of celebrities and influencers, including TikTok star Addison Rae, Hailey Bieber, Kendall Jenner, Shay Mitchell and more.

Explaining the shoe’s popularity, Yaya Mazurkevich Nuñez, co-founder, InHerSoles Collective said: “It’s a shoe that translates well to the masses because of the access and price point and like I said has that simplicity and classic essence.”

The Nike Air Force 1 has almost always been in the top 10 best-selling sneaker list. In 2020, it remains No. 1. According to the NPD Group, the style is the most purchased so far this year.

The style, however, isn’t easy to come by. Many women’s and men’s sizes are currently sold-out across retailers.