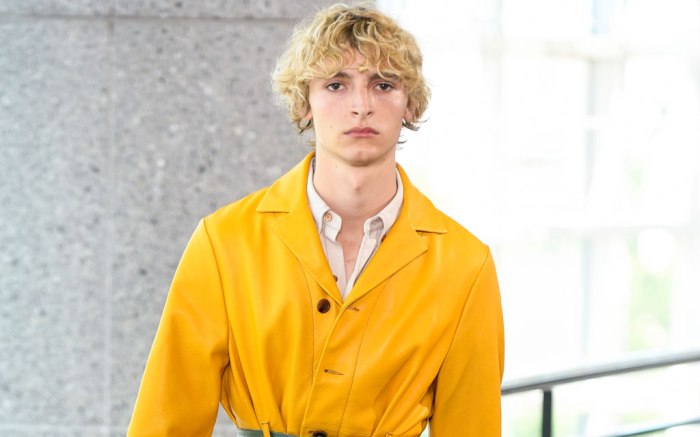 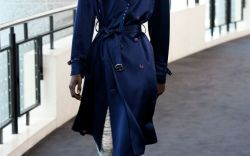 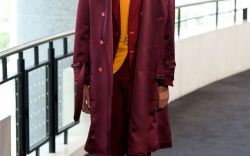 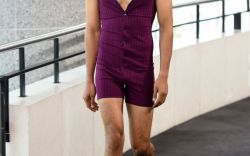 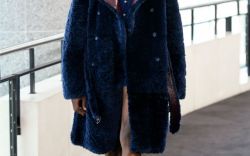 While the shoes teamed with the looks were not part of the official collection and will not go to retail, (just yet), they were a fitting preview of what to expect from Lak in the future as the collection builds. “They give you a little hint of the language and where we’re going to go,” the designer told FN after the show.

Chunky soled boots and simple sneakers were based on natural animal skins and came in embossed crocodile and ostrich embossed velvet.

The notion of skin and second skin, riffed off the ready-to-wear. The starting point, he said, was skin tone. “I looked at all different types of skin tones from real to fake tan and then expanded the color palette from there.”

Of his sensual, fluid silhouettes, he said that he doesn’t like to feel as if he’s wearing clothes at all. “But if I do, they have to be very, very soft,” he laughed.

Lak, who launched Sies Marjan in 2016 as a women’s label, for which he scooped the CFDA Emerging Talent Award last year, also explained the genesis of his men’s collection.

“When we launched the womenswear, I was always looking at what I like to wear so that was the starting point for women and that was where the men’s came from too,” he said. “I felt like the girls were having all the fun so I started making stuff for myself in the same fabrics and then the buyers said ‘we want this too.’”

He started men’s with a small capsule collection of shirts and pants which sold out immediately so he kept expanding it until he figured it was time to do a full collection.

The show today also featured a mix of women’s looks from the resort collection which will be available in November.  Footwear continued the naked theme, exposing all the toes. Better book that pedicure, girls.

Click through the gallery for the full Sies Marjan spring ’20 collection.