Gigi, Bella, Shoes with Holes and “Non-Functioning” Bags Ruled the Runway at Off-White 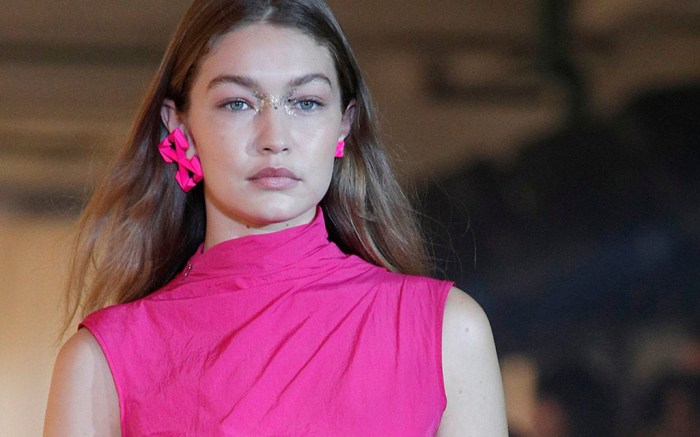 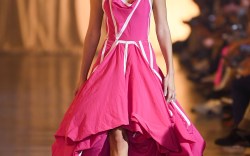 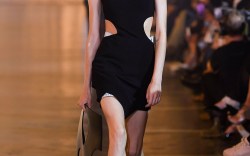 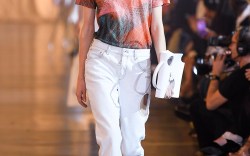 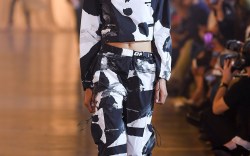 While Virgil Abloh was conspicuous for his absence from the Off-White show tonight in Paris, a stellar cast presented his latest boundary-grazing boots, shoes and clothing. Gigi and Bella Hadid closed the show while Naomi Campbell looked on from the front row.

But Abloh’s absense wasn’t the only hole in the proceedings. The hole motif permeated the entire collection from top to toe. The hero shoe was a yellow boot featuring circular cutouts. Apparel from dresses to vests and pants got the same Swiss cheese treatment. And the idea was extended to handbags, including a new cutout version of his signature Jitney box bag that was introduced at the Paris show.

In fact, the bag had so many perforations that he’s dubbed it a “nonfunctioning” object because “it challenges the bedrock understanding of what, exactly, a bag is.” Following the popularity of the Jacquemus Chiquito (micro) bag, in which you’d be hard pressed to fit a credit card, it’s a valid point. However, the collection statement did note that the Jitney came with a “usable pouch.” For the record, it’s called the Meteor Shower Jitney because the holes were inspired by craters formed when meteor rocks fall to earth.

The hole motif is also an homage to Abloh’s alma mater, the University of Wisconsin. The state is known for its cheese production, and athletics fans wear “cheesehead” hats and helmets at games.

It was announced at the beginning of this month that the label’s creative director would take a break from his punishing schedule due to “health considerations.”

Truth be told, the atmosphere at the show felt a little sombre without the presence of Abloh himself. It just goes to show how much of his brand’s buzz is dependent on the cult of his personality. We wish him a speedy recovery.

Click through the gallery to see Off-White spring ’20 runway show.