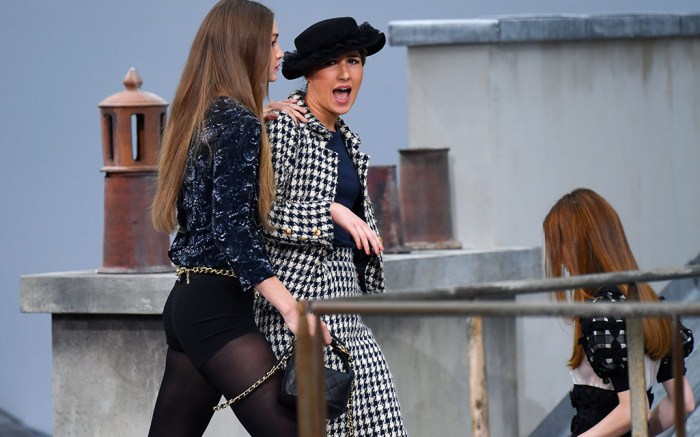 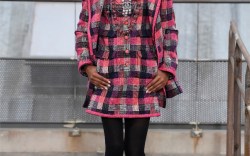 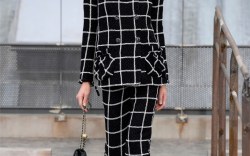 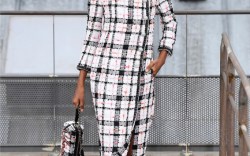 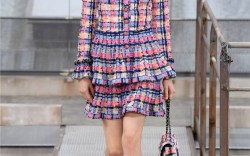 When French comedian and performer Marie Benoliel hopped onto the Grand Palais runway at Chanel’s Spring 2020 show on Tuesday in Paris, Gigi Hadid was there to save the day. After joining the lineup from a seat, which appeared to be near Anna Wintour and Cardi B, Benoliel took a turn on the runway, placed her hands on her hips and started preening for photographers — but the supermodel swiftly confronted her and proceeded to put her in her place.

#GigiHadid saves the #Chanel show from rogue French comedian and performer #MarieSinfiltre who crashed the runway during the finale of the #spring2020 collection in Paris. 🎥 @shannonadducci

Hadid strong-armed the comedian (who goes by the name Marie S’infiltre and already crashed the Etam show earlier this week) away from the main action while the rest of Chanel’s model cast, which also included Kaia Gerber, looked on and eventually a group of them surrounded the duo. Finally, Benoliel acquiesced and was shepherded down a stairway by Hadid.

It is unclear if Marie Benoliel, who has gained a following of 195K on Instagram and 227K on YouTube with her performances, was invited to the show or if she managed to sneak in past the tight security.

Click through the gallery to see all of the looks in the Chanel spring ’20 collection.