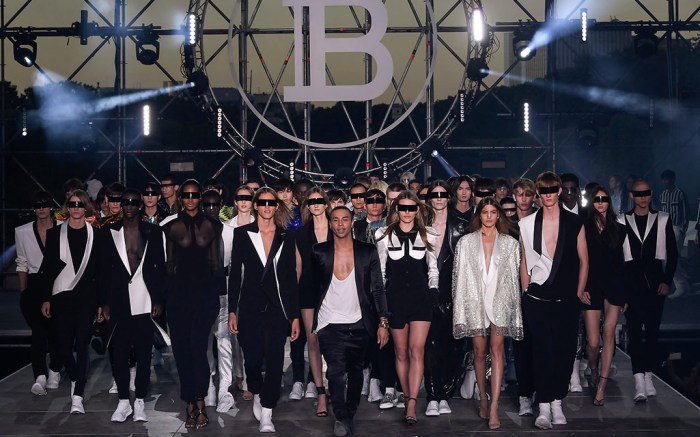 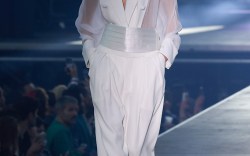 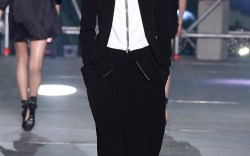 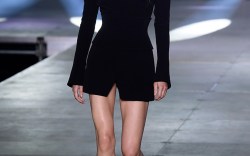 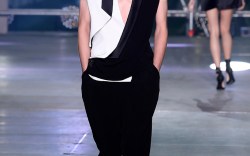 The naked shoe trend for men is building. Tonight in Paris, hot on the heels of Kim Jones’ Dior show, which featured transparent high-top sneakers, Olivier Rousteing gave some of his own kicks a similar treatment. Great minds evidently think alike.

After all, as a pioneer of the naked trend for women, Rousteing certainly has form. For spring ’20 he also extended the idea to his ready-to-wear, coating some of his sweaters in a similar plastic film.

Today is the Fete de la Musique, a city-wide celebration of the musical arts. This was gold to Rousteing, whose shows always draw inspiration from the world of music.

The event, in Paris’ Jardin des Plantes, was attended by members of the public who won tickets via lottery and took the form of a Balmain music festival. After the finale came a concert, opening with a performance by “Assassination of Gianni Versace” star Darren Criss, who sang covers including David Bowie track “Rebel Rebel.” At one point Rousteing even joined him on stage for an impromptu duet.

The majority of shoes in the show were white sneakers, a real palette cleanser that popped beautifully on the brightly lit runway.

Rousteing embraced the pastel trend as well, another winner for spring, and sent out an array of tuxedo styles in sorbet shades while prismatic foiled looks in silver and sunset orange tripped the light fantastic with aplomb.