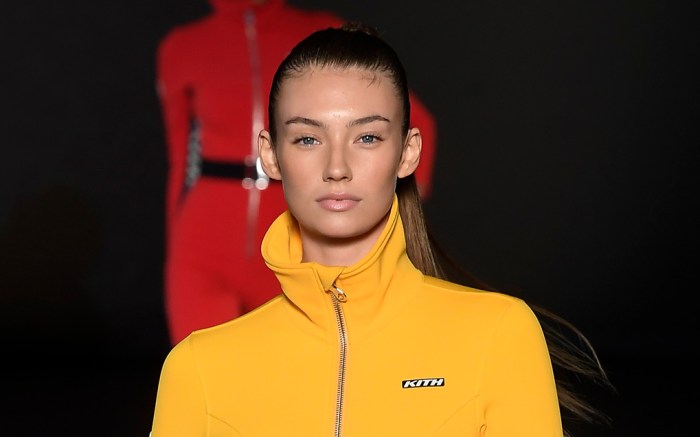 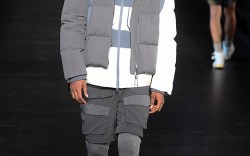 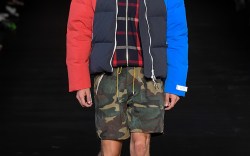 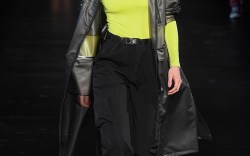 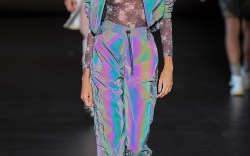 “What makes his shows important is that he’s almost like the underdog who is not really an underdog. All the big fashion houses [at NYFW] he’s got to put them on smash and tonight, his presentation was crazy,” DJ Clark Kent told FN following the show.

For the showing, Fieg turned Cipriani into an airplane and took attendees all around the world, highlighting each season with a different destination.

And Fieg delivered stellar looks that will undoubtedly sell out when released. The Kith visionary — and arguably the fashion world’s best collaborator — revealed apparel and footwear in conjunction with others that will keep people talking for seasons to come. Fieg worked with several powerhouse brands and icons in various worlds including Vogue, Def Jam, Disney and Bergdorf Goodman and others.

For the footwear fanatic, Fieg had something for everyone — especially sneaker and boot connoisseurs.

But the collection was just one aspect, albliet an important one, of Fieg’s memorable night.

“I loved the whole inspiration, I loved the Kith Air thing, I loved how he went on different terrains, I love all the different shoe collaborations. I’m a fan,” Gay said after the show. “He’s for the culture. And he touches everything, he touches all aspects [of fashion]. He’s so New York City.”

Walking out of Cipriani, Wilds was confident that “Kith Air” was his best showing yet.

“Ronnie always find a way to take it up a notch and he definitely did it again this year,” he said. “Turning the entire Cipriani into an airplane cabin was nuts, f**king crazy. I’m extremely proud of Fieg, it was ridiculous.”