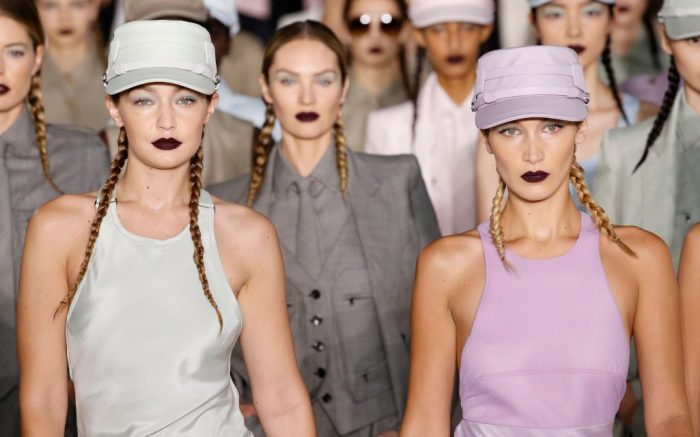 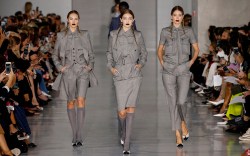 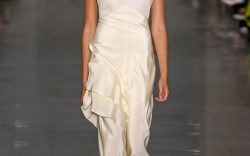 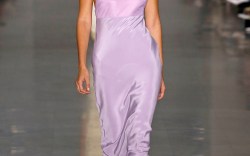 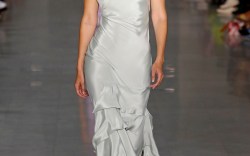 For spring ’20, creative director Ian Griffiths imagined what a female James Bond wardrobe would look like. Griffiths plucked additional inspiration from a variety of famous women-led productions, among them “Killing Eve,” “Charlie’s Angels” and “The Addams Family.”

Bella’s first ensemble was similarly workwear-chic: a gray trench coat and trousers in men’s suiting fabric with a baby blue button-down blouse. She had on the same power pumps as her sister.

While the gray ensembles felt like a fresher, more feminine interpretation of 007’s outfits, the final looks of the day were inspired more by “Charlie’s Angels.” Bella and Gigi joined Kaia Gerber to make up the power trio. All three wore long silky slip dresses in soft, pastel colors, going monochrome with caps and two-tone boots as accessories.

When the models lined up for the finale, their coordinated looks created the illusion of a real-life army — albeit, an exceptionally chic one. Mr. 007 has never looked better.