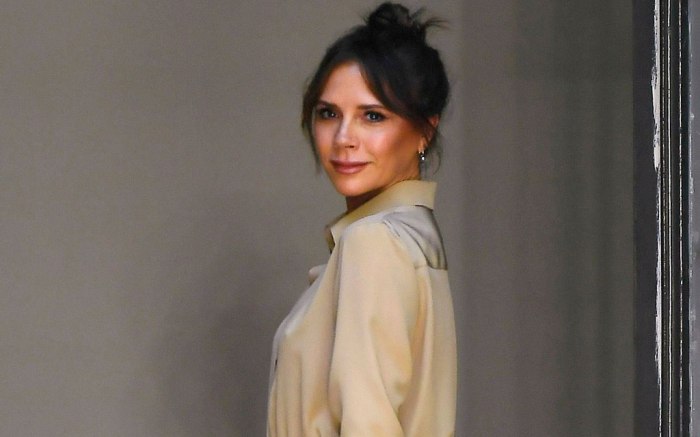 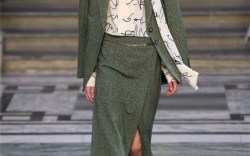 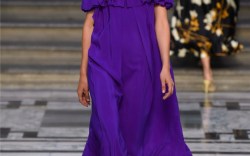 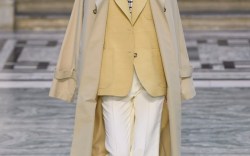 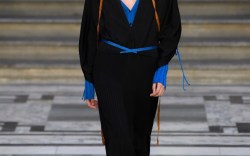 Reflecting on Sunday’s London Fashion Week show in an Instagram post, Beckham wrote she took “a melting pot of references and inspiration from past decades” and “put everything together into a blender, to make a new, modern mix.”

While the collection fit in with Beckham’s traditional aesthetic, she pointed to her use of prints as “not like anything we’ve done before.” The designer offers bright stripes and florals alongside her boldly colored dresses and sharply tailored neutrals (think trousers and trenches).

When it comes to footwear, the designer is going bold for spring. Strappy yellow and red sandals come mixed with shockingly bright pumps in purple and green. Low-heeled black pumps, which are nearly flat, are also part of the mix.

“It throws the dimension off — and there’s something a little sick about that,” Beckham said of the nearly flat shoes. “It looks a little bit strange, in a good way.”

Unsurprisingly, the designer was cheered on from the front row by her family, with husband David and their four children seated between the editors of French, British and American Vogue: Emmanuelle Alt, Edward Enninful and Anna Wintour, respectively. — With contributions from Samantha Conti

Flip through the gallery to see the full Victoria Beckham spring 2020 collection.

The Craziest Spring ’20 Shoes Spotted on the Runway at NYFW