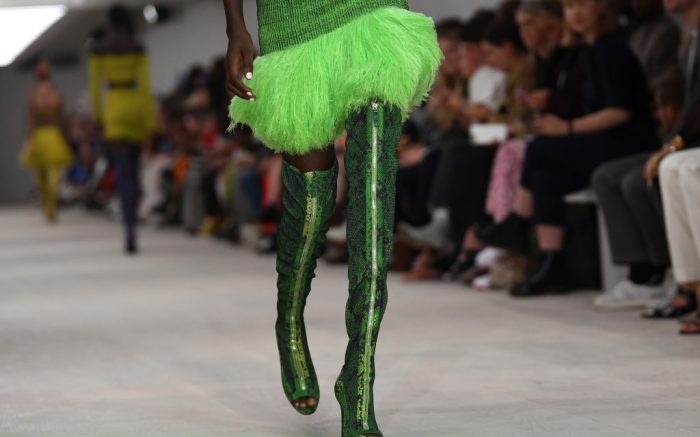 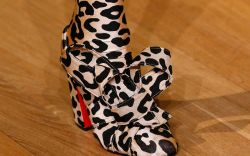 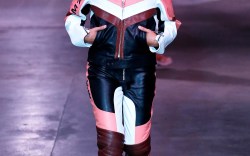 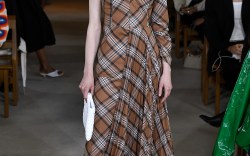 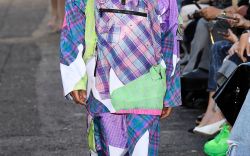 London Fashion Week spring ’20 is still underway — but the collections presented so far have given a lesson in maximalism: filled with animal prints, thigh-highs and bold colorways galore.

As he has in previous seasons, Michael Halpern worked with Christian Louboutin on footwear. The designer told FN in 2018 that he likes partnering with the Louboutin team because “they really let us go wild and push the boundaries.”

The silhouettes for this season were no exception, consisting of bold patterns and oversized bow details.

Animal prints appeared at a number of shows, including Halpern (leopard print) and Ports 1961 (Dalmatian). The boldest takes may have come at Mark Fast, who showed python-print thigh-highs in nearly every colorway imaginable.

Over-the-top designs were also seen on the runways of Emilia Wickstead, Molly Goddard and Preen by Thornton Bregazzi.

Click through the gallery to see more of the craziest shows at LFW spring ’20.

The Craziest Spring ’20 Shoes Spotted on the Runway at NYFW