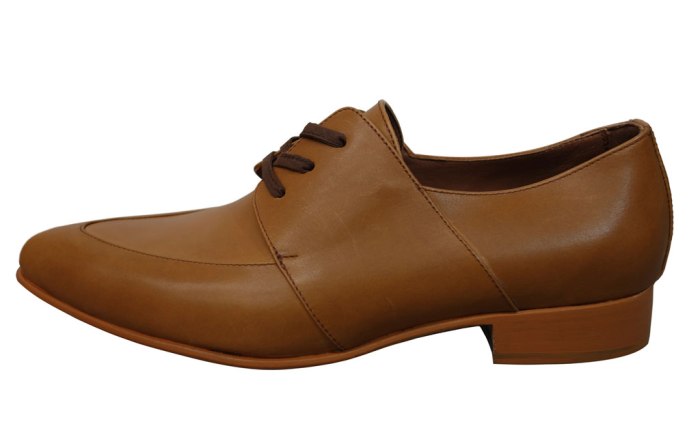 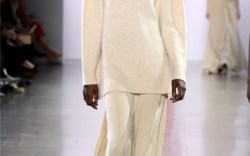 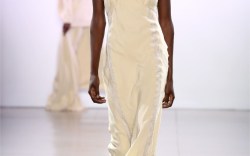 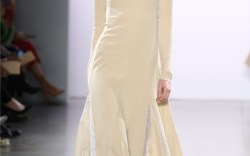 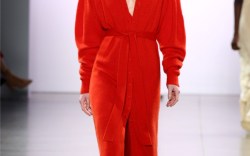 Ryan Roche is best known for her insanely soft and uniquely colored knitwear (so much so that she was runner up for the CFDA Vogue Fashion Fund award in 2014, nominated for the LVMH Prize in 2015 and the CFDA Swarovski Award for Womenswear In 2015 and 2016).

But Roche had never shown menswear on the runway. When the designer decided to debut men’s with a coed runway for fall ‘19, she turned to friend George Esquivel to create the footwear.

“We have become really good friends and are always talking and brainstorming about projects that would be fun to do. This was one of them,” said Esquivel in an exclusive interview ahead of the show.

For fall ‘19, Esquivel and Roche went back to one of the shoe designer’s very first creations, a simple leather lace-up from 1994 with a wooden heel.

“It holds a special place in my heart but these past few seasons it has really resonated with people,” said Esquivel.

The L.A. based Esquivel used FaceTime and Skype to collaborate with Roche (who lives and works in upstate New York) on her collection, which she titled “My own Technicolor Idaho Prairie.” “There were a lot of courier packages back and forth with color swatches and first samples,” he added.

The unisex collection featured many of Roche’s signature sumptuous knits, most of which were done in a delicate, whisper-thin weave. There were also silk dresses and separates and ultra-luxe wool-cashmere tailoring.

And all of Esquivel’s designs for the collection, done entirely in neutrals, were worn without the laces.

“Ryan has a very focused eye and knows what she wants,” said Esquivel. “The only issue we ran into was the making of the shoes. The cold weather (in L.A.) really slowed down the drying time of the lasted shoes. It was down to the wire.”

Click through the gallery to see the full Ryan Roche fall ’19 collection.

Rebecca Minkoff Continues to Celebrate Women With Her Spring 2019 Collection

Brandon Maxwell Dedicated His Fall 2019 Show to His Mother