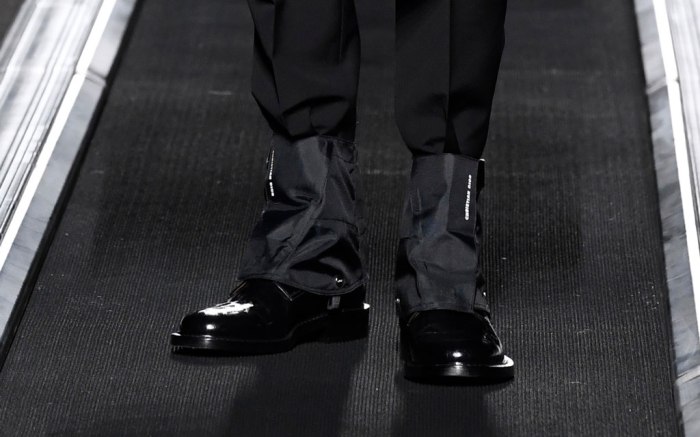 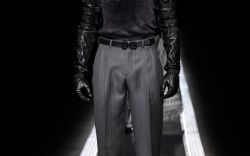 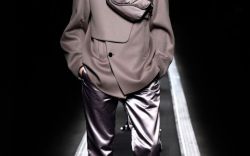 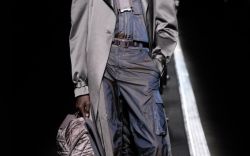 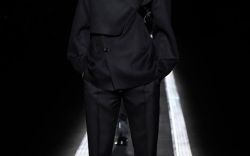 Kim Jones showed his second collection for Dior Men in Paris on Friday night. But anyone expecting a traditional runway experience was in for a surprise. Instead, models walked down a long moving walkway that resembled a supermarket conveyor belt.

Looks included a new Dior branded footwear accessory that — along with those new mink Dior saddle bags — might come in handy. Practically all of the shoe styles came with chic black nylon gaiters. (A gaiter is a covering that extends over a shoe and lower leg to protect both from the elements.)

These days, a gaiter can be seen on military shoes, and some hikers use it. But it was once de rigueur among British gentleman who wanted to keep shoes shiny and suit pants clean in the rain.

Jones’ has been at the center of the tailoring comeback since his first show for Dior in June. This season, the designer upped the sartorial ante and added more traditional footwear into the mix.

Shoes featured intricate broguing or came laser-etched with panther print to match the fabrication of some of the garments. No wonder they needed a spot of extra protection. Elsewhere, there were chunky combat boots.

Sneakers were conspicuous in their absence this season.