The Loafer Is the New Sneaker, According to Hedi Slimane 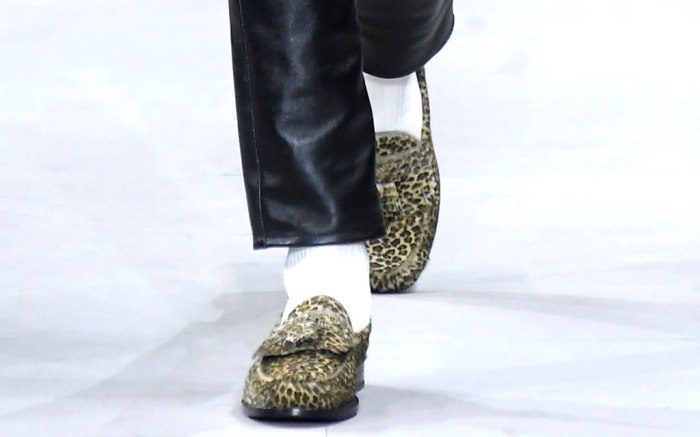 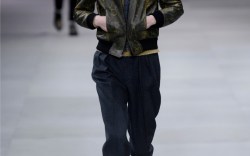 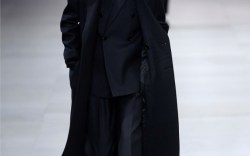 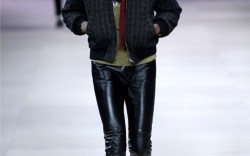 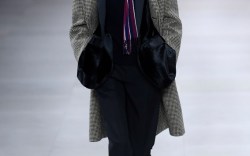 As confirmed by Hedi Slimane at Celine, formal footwear is back with a vengeance. And tonight in Paris at the designer’s men’s debut for the LVMH owned house, the loafer was the star of the show.

It came in leopard, graphic zebra, white and in crocodile or embossed variants too. Some versions were adorned with buckles that resembled razor blades (very Slimane) or gold chain details.

Still, there were plenty of classic black or burgundy leather looks with traditional fringing and tassels.

The loafer trend seems to be building. With Virgil Abloh’s homage to Michael Jackson and his signature penny loafer, the shoe was also in the spotlight at Louis Vuitton.

And while it was featured more quietly at Paula Gerbase’s John Lobb, at Cottweiler in London it came fused with a Reebok sneaker. We confidently predict it will be everywhere for fall.

Elsewhere in the Celine collection, there were an abundance of monk strap dress shoes and enough ankle boot action to please fans of a more classic Slimane aesthetic.

While sneakers might not have been in the spotlight on the runway, there will likely be plenty rolling out too once the Celine merch machine gets into its stride. (The spring women’s collection features many styles that were absent from Slimane’s first catwalk collection.)

The show tonight took place in a huge black Celine-emblazoned box on a grand Paris thoroughfare, Place de la Concorde. A beautiful geometric light installation traveled the length of the runway at the beginning and end.

While the collection might not be as buzzed about as Slimane’s women’s debut, it was universally well received – and will likely fuel LVMH sales. Which is the whole point, right?

Click through the gallery to see the full Celine fall ’19 collection.

How the Battle of Celine vs. CélineIs Playing Out in Retail and Social Media