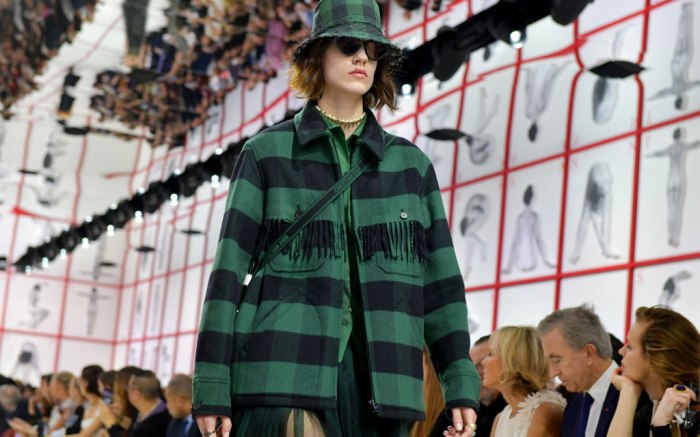 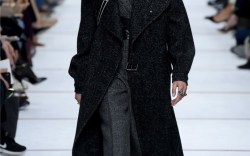 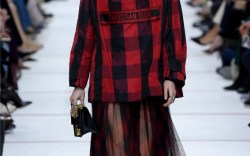 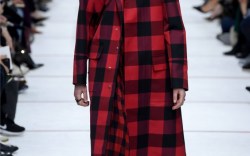 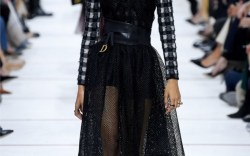 Maria Grazia Chiuri continued her exploration of feminist themes today in Paris at Christian Dior’s fall ’19 show, which this time focused on the teddy girls of 1950s postwar England.

Though they are often a source of inspiration for the fashion world, the teddy girls — and teddy boys — are often lost en masse to the American pop culture of the 1950s (the greasers were their U.S. counterpart), which then morphed into the more recent rockabilly subculture that’s still very much alive today. But the teddy girls, often referenced as the forgotten girl gang of the U.K., were sartorially more nuanced, wearing Edwardian men’s garments and posing in front of the rubble of war-ravaged East London.

It was all a clever way for Chiuri to go back to Dior’s New Look of the same period, incorporating more vintage-shaped strapless dresses, though her blazer and A-line skirt was nothing new (and most of the showgoers were wearing just that — versions of oversized, belted and structured blazers with gauzy dancer skirts from spring ’19’s balletic collection). It’s also a look that fits many of Dior’s ambassadors, like Jennifer Lawrence and Cara Delevingne, both of which were present; the latter of which is sure to carry off the Dior teddy girl look with aplomb.

The dresses, jackets and skirts — and most everything else — were done in a range of buffalo plaid that came in signature reds, greens, and cream and white, a material that has seen mass popularity in both the fashion and interior worlds lately. With Dior’s interpretation, we can bet we’ll see a lot of it again come next fall.

And the shoes? Teddy girl all the way. Chiuri kept heels low again, showing pointed-toe boots with low stacked heels. Some were done in plaid, while others had a cozy knit ankle liner. It was all very Vermont, by way of 1950s — and of course Paris.

Why Jacquemus Put an End to His Signature Whimsical Heels