These ‘B’ Logo Pedicures Took Balenciaga’s Branding to New Heights 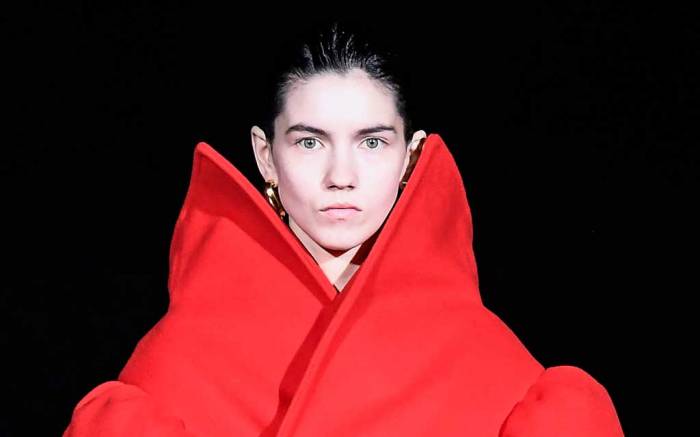 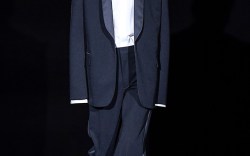 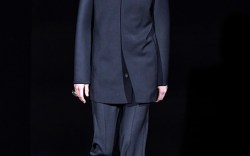 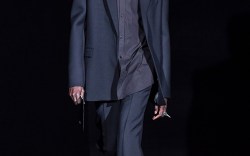 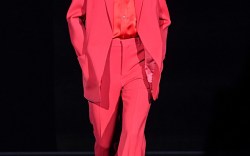 The revisited vintage Balenciaga B has already insinuated itself into all manner of places — not least those sell-out BB pumps — but on Balenciaga’s fall ’19 runway today in Paris, the label upped its logo game. Look closely at the pedicures sported by some of the show’s slide-wearing models. In surely the ultimate exercise in branding, said B also came emblazoned in graphic black lacquer on their toes.

When it came to the shoes, however, sneakers were nowhere to be seen in the coed show. For women, their evolution, came in two major camps with Demna Gvasalia and the house’s footwear designer David Beauciel, inviting us to pick a side. The options? Platinum card-carrying member of the haute bourgeoisie or Matrix moto girl.

The former involved ladylike pointed pumps, their fringe embellishments overlaid with abstract double B snaffles. The latter featured square-toed quilted ankle boots, a nod to the protective, body armor vibe we saw at Daniel Lee’s Bottega debut in Milan. The Balenciaga man smartened up his act with square-toe boots embellished with similar hardware.

As for what lay in between? Those pedicure-exposing slides plus logo leather slipper flats for both sexes. These came teamed with quilted coats, or luxe pajama pants for the male contingent. Both owed rather more to the boudoir than the mean streets of yore.

Shoe of the Week: A Closer Look at Altuzarra’s “Scrunchie” Pump

Celine Fall 2019 Is Starting to Look More Like… Old Céline