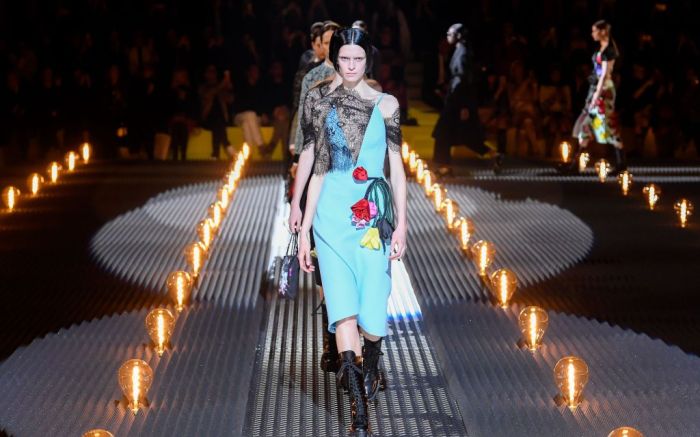 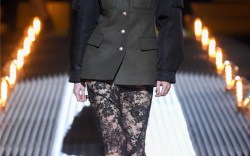 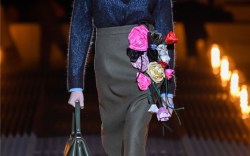 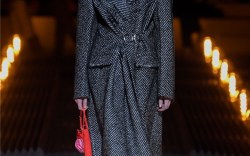 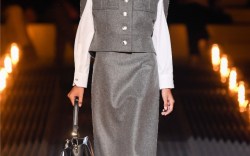 There’s no doubt about it: The Prada girl of fall ‘19 is here to kick some ass. Whether it’s in lace-up Riot Grrrl sneaker boots with Lego-like lug soles, black leather combat boots with pouches strapped to them, or even a pair of crystal-studded pumps with sturdy, curvilinear block heels and sinister rounded toes or the brand’s iconic Flame wedge heels, the collection was chock full of armor for the modern, unapologetically feminist woman.

Amid a dystopian soundtrack that included electro-metal beats and remixes of “My Favorite Things” from “The Sound of Music” and “Someday My Prince Will Come,” from Disney’s “Snow White,” designer Miuccia Prada sent out a lineup of models in looks that balanced the dark and tough with feminine sweetness that had a distinctly sinister undertone.

The most well-equipped footwear came in the form of a heavy black leather combat boot that was itself accessorized with a series of zipper pouches attached to the calves with buckles. Some were styled with don’t-look-at-me black ensembles, while others were juxtaposed with feminine strapless and flower-accented dresses.

Elsewhere, the crystal-studded pumps, while feminine in their decoration and rounded-toe silhouette, conveyed a sinister sweetness.

The same went for a pair of bubblegum-pink boots with ominous rubberized details.

Prada also brought back its iconic Flame heels, which made their first comeback for fall ’18. The updated styles added more color to the footwear offerings, which also included a few lace-up sneaker boots.

See more styles on the runway at Prada’s fall ’19 show.

Attico’s New Boots Are Made for Driving

Stuart Weitzman Makes a Grand MFW Debut, and Its New Leading Duo Talks About the Brand’s Next Chapter