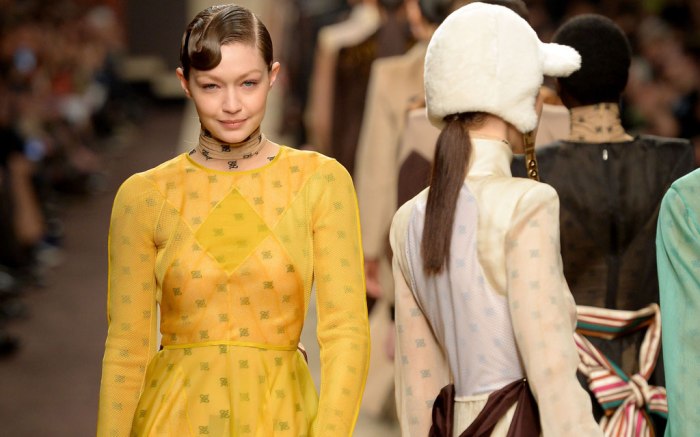 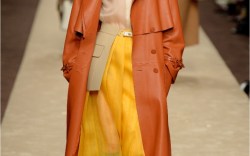 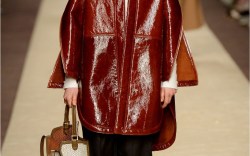 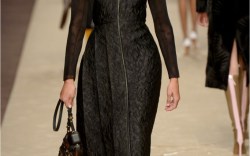 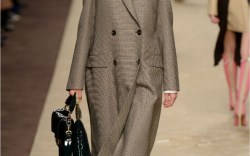 It has been customary for Fendi’s show notes to include a few sketches from Karl Lagerfeld, the brand’s creative director since 1965. The drawings have served to highlight the key silhouettes, colors, shapes and mood of the season, and they are always signed at the bottom right-hand corner.

The sketches were still there for the fall ‘19 show on Thursday, but Lagerfeld, of course, was not. A mere two days after the designer’s death in Paris, the show went on in Milan — but not without a short tribute that highlighted Lagerfeld in his element, sketching at his desk.

There has been much conjecture regarding what Lagerfeld must have been thinking when he was designing his very last collections (and if he was thinking, uncharacteristically, of his own mortality). While Fendi’s fall ‘19 collection certainly had a timeless feel that hit all of the brand’s DNA, the better question might be what was edited out in order to keep the focus on Lagerfeld’s legacy. Gone were any logo overloads, Fila fur sweatshirts or any over-the-top fur pieces, for that matter. In their place was a vintage palette and silhouettes that hinted at the designer’s launch of the brand’s ready-to-wear in 1977.

Among the classic offerings were double-breasted jackets and coats, laser-cut leather, knife-pleat skirts and, last but certainly not least, an array of boots in a wide variety of colors to contend with the offering already piling up from other brands for the fall season.

There were patent leather styles ranging in color from bright red to olive green and neoprene knit versions done in turquoise, beige and banana yellow. Kaia Gerber wore one of the few pumps included in the collection, a beige bejeweled pair worn with subtle logo tights. Sisters Bella and Gigi Hadid closed the show with solemn faces.

After the finale and Silvia Venturini Fendi’s lone appearance, a short video began to roll, showing Lagerfeld at his desk. “Could you draw yourself on your first day at Fendi?” asks someone off camera. Lagerfeld proceeds to sketch himself. “You know in the 60’s, we didn’t hold back,” he begins. And so completed Lagerfeld’s Fendi life cycle.

Attico’s New Boots Are Made for Driving