The 7 Most Beautiful Shoes of Paris Haute Couture Week 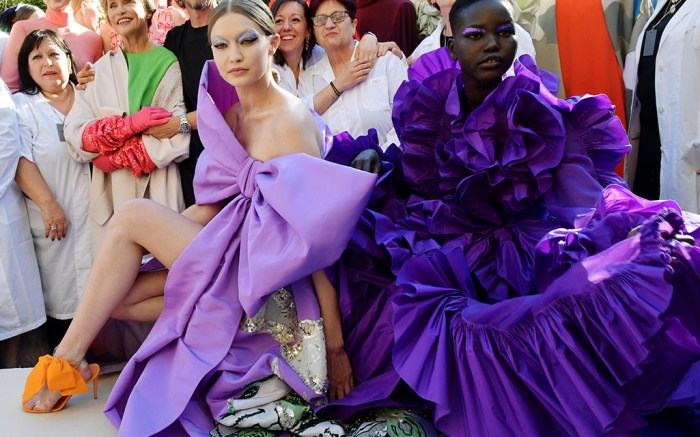 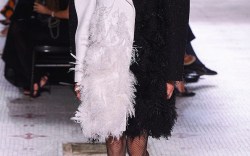 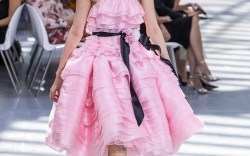 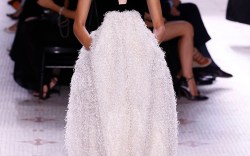 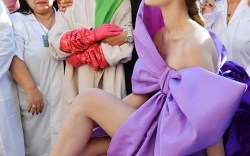 The most scintillating sandals and prettiest pumps of Paris Haute Couture week came from Chanel, Valentino, Alexandre Vauthier, Givenchy, Christian Dior and Armani Privé. Honorable mention goes to Schiaparelli. Read on to find out why.

The white slippers with contrast black toe-caps as modeled by Kaia Gerber. Their V-shaped split evoked the décolleté of a corset and they came embellished with black bows like a tuxedo.

Pierpaolo Piccioli’s flights of fancy. Thanks to their clever transparent straps, both the bows and the soles of these vibrantly-hued sandals looked as though they were floating on the feet of Gigi Hadid and the rest of the Valentino cast.

Amina Muaddi’s flamboyant polka dot sandals. The dramatic monochrome ruffles were the perfect complement for Alexandre Vauthier’s exaggerated tailoring. These shoes were made for dancing.

This Perspex pump and fishnet stocking combo. Clare Waight Keller titled her collection ‘noblesse radicale’ which roughly translates as a radical aristocracy, ie one that isn’t bound by its traditional codes. QED.

When you are, literally, wearing the Dior maison, a gladiator-sandal-meets-fishnet-stocking appears positively pedestrian. They had a trompe l’oeil effect in that while the mesh at the front was supersize, the back and sides were regularly proportioned.

The jewel embellished pumps. The crystals on the ankle straps were echoed in the tiny crystal microdots embroidered on the mesh encasing the uppers like a veil.

The surreal stocking pants at Schiaparelli. Sure it wasn’t a shoe but the legwear by the maison’s new designer Daniel Roseberry wins a spot because a) we guarantee it will start a trend, and b) one version was embroidered with 80,000 crystals.

Everything You Need to Know About Paris Haute Couture Week