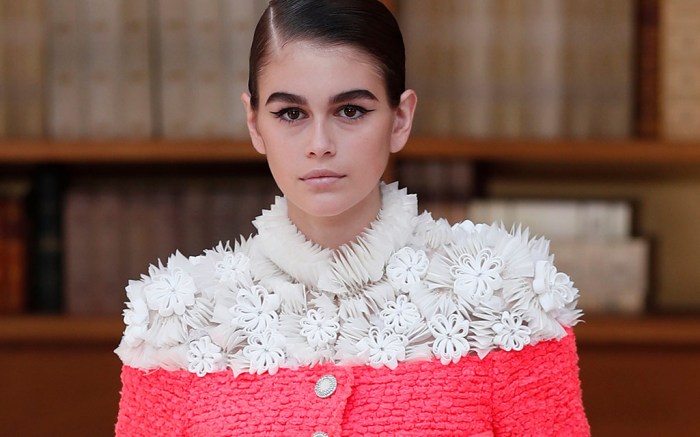 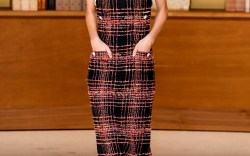 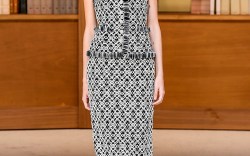 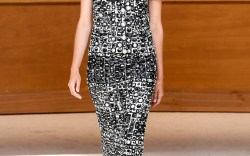 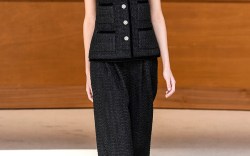 Chanel called it: The librarian look is back.

The majority of the shoes were flat or low of heel — appropriate to the bookish surroundings. As anyone who has worn a pair of high heels to walk the wooden floors of an old-fashioned library can attest, they don’t half make a racket.

However, in place of the house’s typical signature round-toed, two-toned pumps — as seen on the resort ’20 runway in May — these couture versions were an altogether sexier, more dramatic affair.

These were sexy librarians, after all. Best in show were the pointy white slippers with contrast black toe-caps as modeled by Kaia Gerber. They had a V-shaped split evoking the décolleté of a corset and came embellished with black bows like a man’s tuxedo. They also came in a high-heeled mule version on a handful of the looks. The shoes recalled those worn by royal courtiers in the days of Louis XIV.

Although Chanel’s Haute Couture shoes were still designed by Laurence Dacade, as are those in the Métiers d’Art collections, they were created by the Chanel-owned Massaro Paris bespoke footwear atelier.

This was the first Chanel couture show since the passing of Karl Lagerfeld.

Click through the gallery to see all the couture looks from Chanel.

Everything You Need to Know About Paris Haute Couture Week