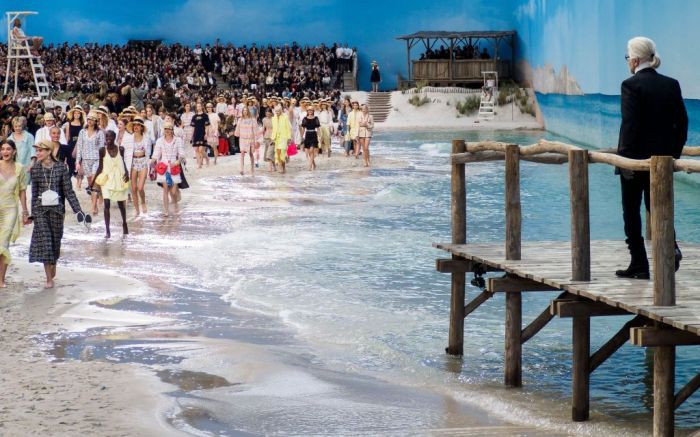 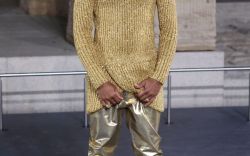 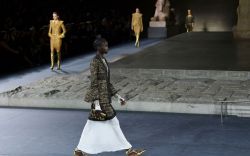 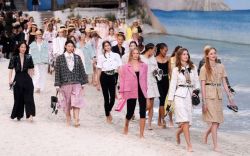 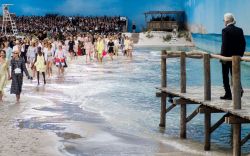 Karl Lagerfeld knew how to put on a show. In his 36 years as creative director at Chanel, the German-born designer not only helped to turn the French house from a legacy brand struggling to remain relevant in the early 1980s to a multibillion-dollar brand that has been one of the most profitable luxury companies in the world.

Lagerfeld’s success in marketing Chanel could also be seen in the elaborate runway shows he put on, multimillion-dollar extravaganzas that continued to set the benchmark for the industry, especially in the past decade as the shows traveled all over the world and gained even bigger sets.

Here’s a look back at the Lagerfeld’s most memorable Chanel shows:

A Night at the Museum

For Chanel’s Metiers d’Art show in December, Lagerfeld brought the brand to New York, showing an Egyptian-themed collection at the Metropolitan Museum of Art.

For the spring ’19 collection, Lagerfeld created an actual beach inside the Grand Palais in Paris, giving models waves and real sand that they could feel between their toes as they walked barefoot.

A Walk in the Park

With real trees, lamp posts and a bed of leaves completely covering the floor of the Grand Palais, Chanel’s fall ’18 collection felt a lot like autumn in New York’s Central Park.

Lagerfeld loved to portray a high-fashion version of quotidien life in his shows, and he did just that for Chanel’s Haute Couture fall ’18 collection.

Lagerfeld went back to his home country of Germa to hold the Metiers d’Art show at Hamburg’s Philharmonic in December 2017.

Thousands of roses were brought into the Grand Palais for the brand’s spring ’18 haute couture collection.

An actual waterfall was constructed in the Grand Palais for Chanel’s spring ’18 runway show, which featured the season’s must-have thigh-high rainboots.

For Chanel’s fall ’18 haute couture show, Lagerfeld brought a mini-version of the Eiffel Tower into the Grand Palais.

A Chanel rocket ship actually took (a mini) blast-off at the finale of Chanel’s fall ’17 show.

Chanel’s fall ’14 runway show was held in a supermarket with Chanel-branded products, right down to the baguettes.

Karl Lagerfeld’s Own Thoughts on Design, Shoes and His Lucky Life