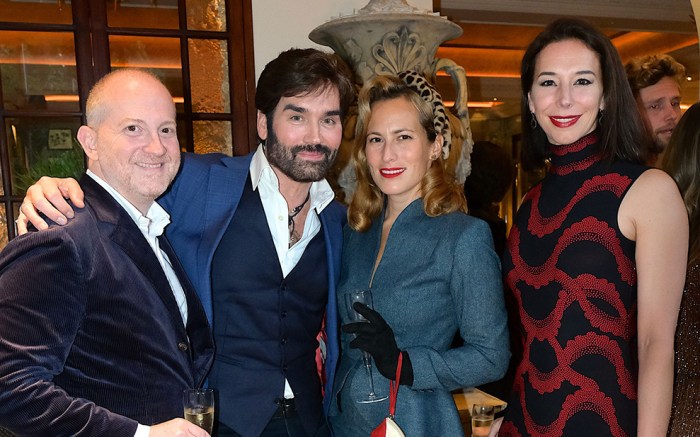 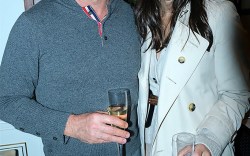 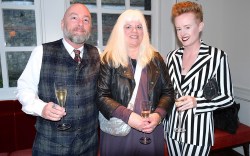 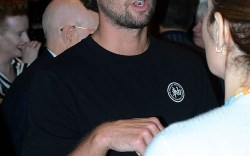 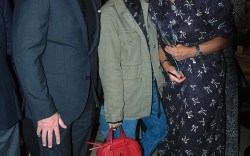 Some of the world’s best designers. Powerhouse retailers. Digital stars. Emerging names on the rise.

FN’s cocktail party in London — held tonight at a newly renovated The Goring Hotel — was the ultimate shoe party.

The event, which has become a fashion month tradition, was sponsored by Level Shoes, P448 and The Style Room, Powered by Zappos.

It’s a big moment for Blahnik and her legendary uncle, who are assuming control of their U.S. business starting Jan. 1. Andrew Wright, the label’s new U.S. president, was making the rounds, and marking his last month in London before he moves to New York full time. As Blahnik continues to build the new American team, the execs hinted at several big announcements on the horizon. Stay tuned.

Meanwhile, Kurt Geiger has some major news of its own. Actress Ella Balinksa, 22, who worked for the retailer selling shoes at Selfridges, is starring in Geiger’s fall campaign — and also in one of the year’s most buzzed-about films, “Charlie’s Angels.” She appears alongside Kristen Stewart, who just wore Rupert Sanderson’s shoes on “Jimmy Kimmel Live” on Monday. (Sanderson has also gotten some major airtime thanks to Michelle Dockery, who’s worn his shoes several times while promoting the “Downton Abbey” movie.)

Jimmy Choo’s Choi told FN she had just returned from Milan, where the brand showed its spring ’20 collection during a buzzed-about presentation. The designer has also been on a world tour to celebrate Choo’s new JC logo, which is getting top billing at a pop-up on Harrods’ main floor this month.

Designer/retail relationships have never been more important, and Dubai-based Level Shoes continues to cultivate strong international partnerships. Masri had just flown into London from Rimini, Italy, where she spent two days with Gianvito Rossi and toured the designer’s Italian factory.

To see more of the party, click through the gallery.