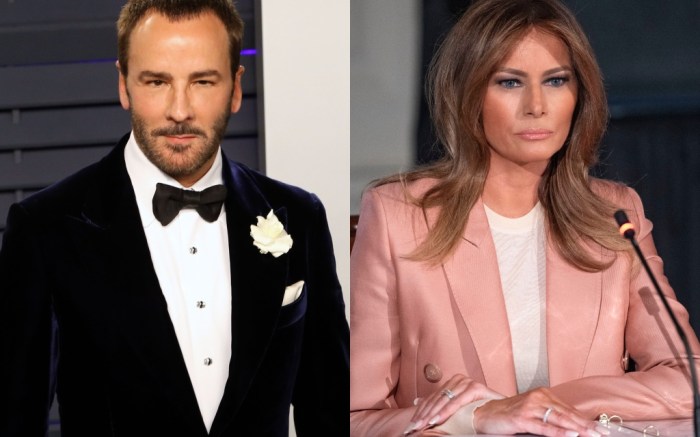 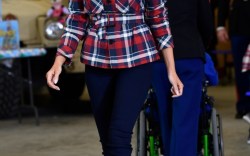 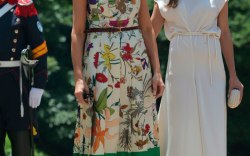 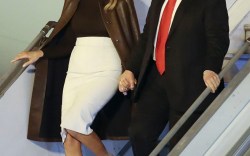 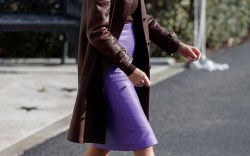 A now-deleted tweet quoted the American designer as saying he would never dress the current U.S. first lady. “I have no interest in dressing a glorified escort who steals speeches and has bad taste in men,” it read. Rapper 50 Cent ended up picking up on the viral tweet and reposted it — praising Ford and slamming Gucci.

Tom Ford spoke exclusively to WWD about the tweet: “Never! Never, ever, ever, have I said that Melania was an escort,” he told the publication on Tuesday afternoon. “I said on ‘The View’ years ago, before [Trump] was elected, that I would not dress her, nor would I dress Hillary Clinton, because the first lady and the president in the White House need to be wearing clothes made in America — mine are not — and clothes at a price point that most Americans can relate to, and my clothes are too expensive.

In a 2016 appearance on “The View,” the designer shared that he has previously made the decision not to dress the former model.

“I don’t know. I was asked to dress her quite a few years ago, and I declined,” Ford reported when asked if she would look great in his clothes. “She’s not necessarily my image, and you know, also the first lady, other than the fact that I’m a Democrat and voted for Hillary [Clinton] and I’m very sad and disappointed that she’s not in office, she shouldn’t be wearing my clothes. They’re too expensive.”

Flip through the gallery for a look at Melania Trump’s shoe style.