Tove Lo Spent 7 Years in Her First Pair of Dr. Martens Bought in Her Rebellious Teens 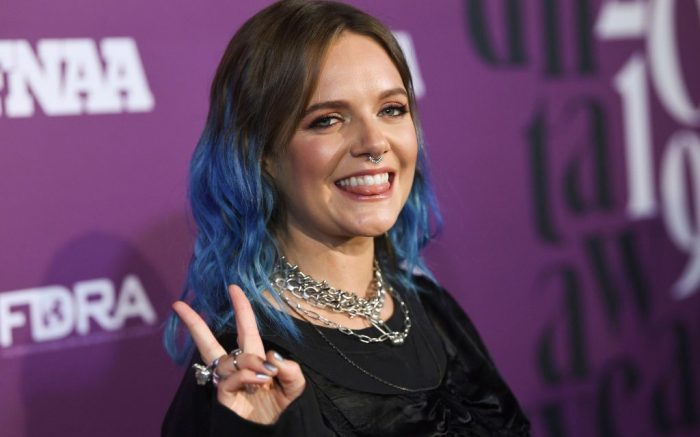 Tove Lo presented Dr. Martens with the FN Achievement Award for Shoe of the Year at the 2019 FNAAs at the IAC Building in New York Tuesday night.

“I still remember when I got my first pair of black Docs. I was around 16, and it was around the time I dyed my hair black, got my first tattoo, told my parents I was going to pursue music despite their many, many worries and their protests,” the Swedish singer recalled.

Seven years later on a songwriting trip to London, “I was still wearing that very first pair of Docs,” she remembered.

“I was squeezing in an elevator with a bunch of strangers all trying to get to the Heathrow Express. And this rock ‘n’ roll dude who looked like he’d lived about 10 lives looks at my feet and goes ‘Are those Dr. Martens?’ And he points at his own feet and he’s got on the very same shoes,” Lo said.

“I actually want to say 60 years young because Dr. Martens have always been for young people who are on their own paths, living outside the norm,” said Lo.