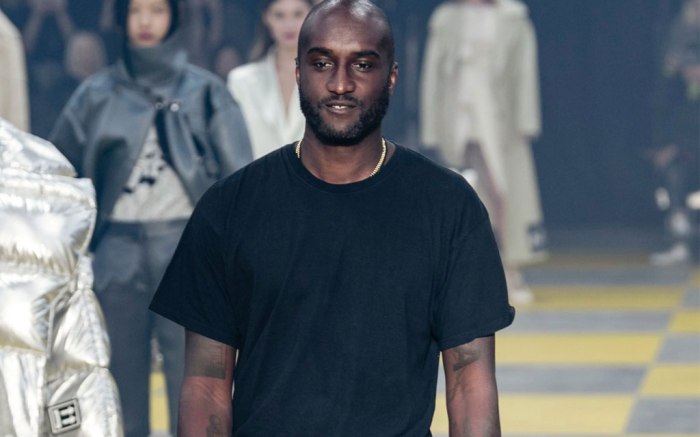 Since Louis Vuitton announced that Virgil Abloh will be joining the team as the men’s artistic director, fans have been patiently waiting for the arrival of new footwear under his helm. Following months of anticipation, the first set of Abloh-designed LV sneakers are finally available for purchase now.

Paying homage to decades of iconic sneaker designs, the latest LV 408 trainer is offered in three distinct versions: low-top, mid-top and high-top. The shoes feature premium calf leather uppers that are accented by eye-catching hues including red, blue and green.

In addition, a separate black and gray colorway is available. Other design details include the signature Louis Vuitton branding handwritten by Abloh himself on the lateral sides. The sneaker first made its debut on the runway as part of the brand’s spring 2019 men’s collection.

A celebration of classics. The new LV Trainers draw on decades of iconic sneaker designs. See @VirgilAbloh’s first sneaker collection for #LouisVuitton via link in bio.

Made for movement. The LV Trainer is @VirgilAbloh’s interpretation of old-school sport shoes for #LouisVuitton. Explore the new collection via link in bio.

According to Abloh, the shoe was crafted in Italy with about six hours of stitching required for each shoe. It took nearly106 components to make the shoes with 20 pieces to make the sole alone.

latest work from the men’s 𝓛𝓸𝓾𝓲𝓼 𝓥𝓾𝓲𝓽𝓽𝓸𝓷 ideation studio. @everybody_hatechriss in sneaker campaign. photography c/o @isasaalabi of @hoopzine featuring the “LV 408 trainer” made in italy 6 hours of stitching for each shoe. 106 components to make the shoes, 20 pieces to make the sole itself.

All three versions of the Abloh-designed LV 408 Trainer are available now on Louis Vuitton’s webstore with retail prices ranging between $1,200 to $1,600.

How Virgil Abloh Will Keep Up the Buzz at Louis Vuitton