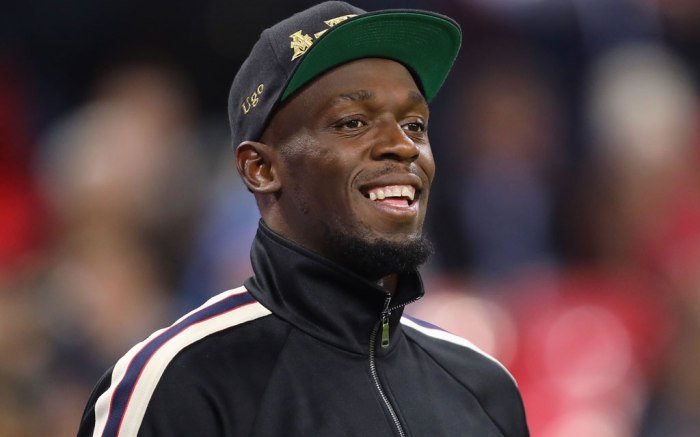 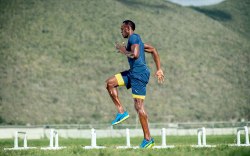 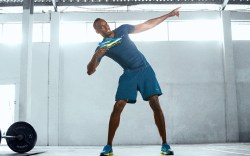 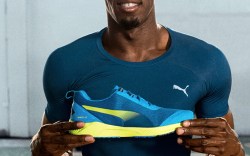 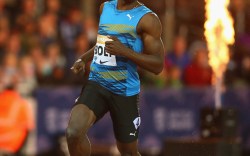 Leave it to Usain Bolt to casually tie an NFL record.

The Olympian ran the 40-yard dash in Atlanta yesterday in 4.22 seconds, the fastest NFL combine run time ever.

Bolt, who has been with Puma for his entire career, was clad in Puma Suede Classic x MCM sneakers — a lifestyle shoe.

The exclusive kicks feature a jewelry-style brass plate with the MCM logo and a unique registration number and were dropped in 2018. The shoe was inspired by hip-hop culture and has an upper made from durable Visetos canvas.

While the 32-year-old’s time was unofficial, it tied the all-time best, set by Cincinnati Bengals wide receiver John Ross, who netted a time of 4.22 in the 2017 combine.

Bolt is technically retired, but it’s clear that he can still run with the best of them. NFLers spend time aplenty training for the 40-yard dash, which they do while clad in athletic gear and cleats.

Bolt certainly has the speed to be a football receiver and previously stated that multiple NFL teams offered him contracts.

Still, the gold medalist has publicly dismissed the idea of joining the league — he says he would prefer not take hits and recently announced plans to move fully away from sports and toward other business ventures.

Click through the gallery to check out Usain Bolt’s sneaker style.

Nike Athlete Tiger Woods Plays a Round of Golf With Trump