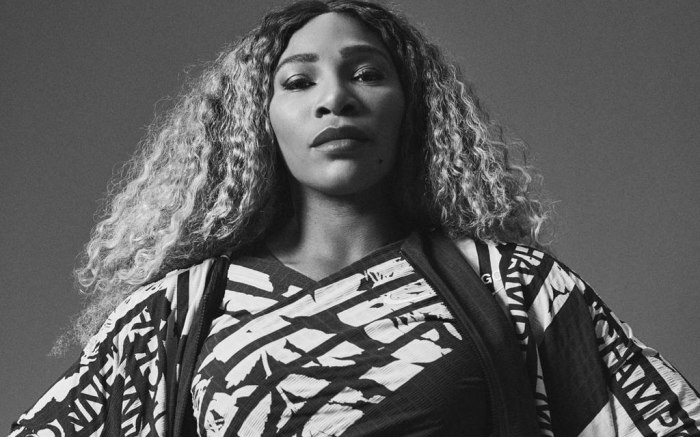 Ahead of the French Open, Serena Williams again collaborated with Off-White creative director Virgil Abloh on a superhero-inspired look.

The latest Nike x Off-White collaboration is a bold printed cape-jacket with the words “Mother, Champion, Queen, Goddess” printed on it in French. The cape-jacket is made of a performance seersucker material created by Nike for Williams that’s been dubbed “Ever” (it follows the “Greatest” material she wore in Melbourne for this year’s Australian Open).

Last year, Williams’ French Open ensemble caused some controversy. The 23-time Grand Slam champion hit the court in a custom catsuit by the Swoosh, which was the subject of much talk during the tournament. Competitors at Roland Garros this year won’t be able to wear similar looks, however, as the French Tennis Federation restricted dress requirements. FTF president Bernard Giudicelli cited Williams’ ensemble as a look that went “too far.”

In light of the criticism, Nike stood by its star, posting a tweet that read: “You can take the superhero out of her costume, but you can never take away her superpowers.”

In addition to the cape-jacket, Nike and Abloh collaborated on a T-shirt and baseball cap that will be available for purchase on Nike.com in Europe and North America. Those in Paris for the French Open will be able to nab the goods at the Nike Champs-Elysees and P75 stores once the 37-year-old takes to the court.

Abloh and Williams collaborated on the athlete’s look for the 2018 U.S. Open. Williams also wore the designer’s sneakers to this year’s Met Gala — teaming them with a Versace dress.

Click through the gallery to see more of Serena Williams’ tennis style.