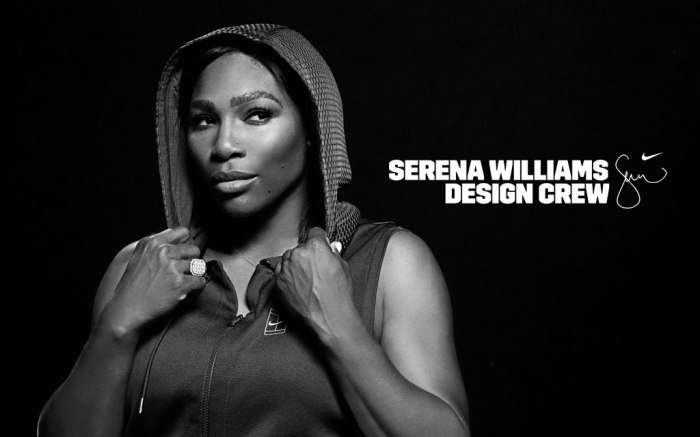 Serena Williams and Nike are looking to find the next big designer.

The tennis star and athletic wear company announced on Friday that they are looking for a group of emerging designers to create a Williams-inspired shoe and apparel collection for 2020.

“I’m excited for these designers to hone their craft, expand their creativity and ultimately dream big as they build on Nike’s design legacy in creating for one of the greatest athletes of all time,” said John Hoke, chief designer officer at Nike, in a statement. “We know their impact will be widely felt and look forward to having them as part of our creative community.”

The project is part of Nike’s ongoing efforts to “bring diverse perspectives into design,” the sportswear giant said in a release.

The goal is in line with Williams’ own ideals. The 23-time Grand Slam champion is known for bringing more inclusivity into tennis.

“My impact is to be more inclusive, less exclusive,” Williams said at Ad Week New York in September.

Click through the gallery to see more of Serena Williams’ on-court style over the years.

Serena Williams Twins With Her Friend in Head-to-Toe Nike

Serena Williams Twins With Daughter Olympia in Nikes and Tutus