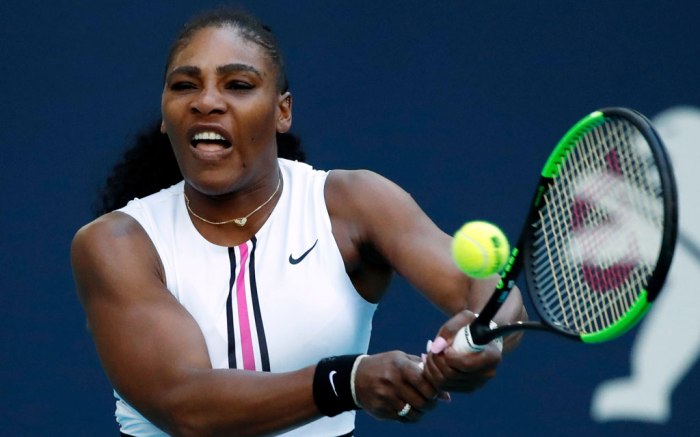 Serena Williams is out at the Miami Open.

The tennis star was forced to withdraw from the tournament today due to a previously undisclosed knee injury.

Williams has won the Miami Open eight times, with the most recent victory coming in 2015. The Nike-sponsored athlete would have played the Chinese star Wang Qiang, the No. 19 seed, had she remained in tournament play.

“I am disappointed to withdraw from the Miami Open due to a left knee injury…It was an amazing experience to play at the Hard Rock Stadium this year and would like to thank the Miami Open for putting on an amazing event,” Williams stated.  “I hope to be back next year to play at this one-of-a-kind tournament in front of the incredible fans here in Miami.”

The 23-time grand slam champ’s exit was unexpected, as she showed no signs of injury during her first-round match against Rebecca Peterson. Women’s Tennis Association had no information on how she became injured, either.

While Williams’ exit is the biggest news to come out of Miami, the 37-year-old is not the only big name to be out early.

Naomi Osaka — currently ranked No. 1 globally after winning this year’s Australian Open — fell in the round of 32 to Taiwan’s Hsieh Su-Wei, going down 4-6, 7-6 (4), 6-3. The 21-year-old’s rank could be in jeopardy depending on who wins the tournament.

Roger Federer came to close to a second-round exit after losing his first set to Radu Albot but came back to win 4-6, 7-5, 6-3.

Click through the gallery to see Serena Williams’ on-court style over the years.