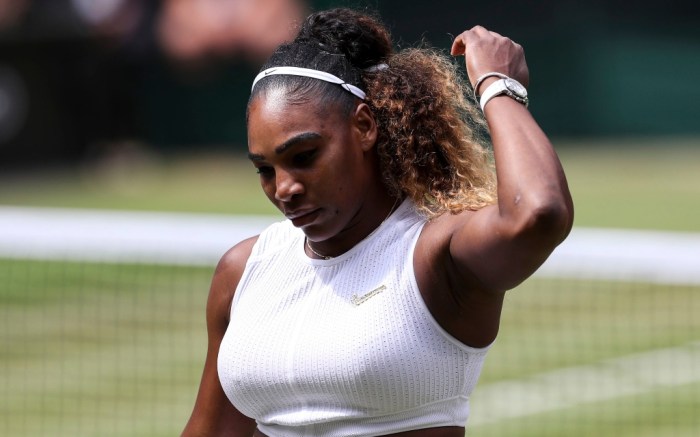 Williams, who would’ve claimed a 24th Grand Slam title if she had won the match, handled the 6-2, 6-2 loss to the 27-year-old Romanian with grace. This marks Halep’s second major championship, following her 2018 French Open win.

“When someone plays lights-out, there’s really not much you can do,” Williams said of the loss. “I think my opponent just played unbelievable.” The No. 11 seed Nike athlete hasn’t won a Grand Slam title since 2017 Australian Open when she defeated her sister Venus.

“I think I played my best tennis ever,” said Halep. “I just didn’t think about what is happening and where I am, I just wanted to be aggressive, to play my plan.”

“Just gotta keep fighting and keep trying and enjoying the sport,” Williams said. “I love coming out here, playing in front of you guys. It’s literally a joy, so it’s been really fun.” Williams, 37, dressed in a white knit Nike dress featuring cutout detailing and a white and gold version of her signature NikeCourt Flare for the match.

Flip through the gallery to check out Serena Williams on-court style evolution.