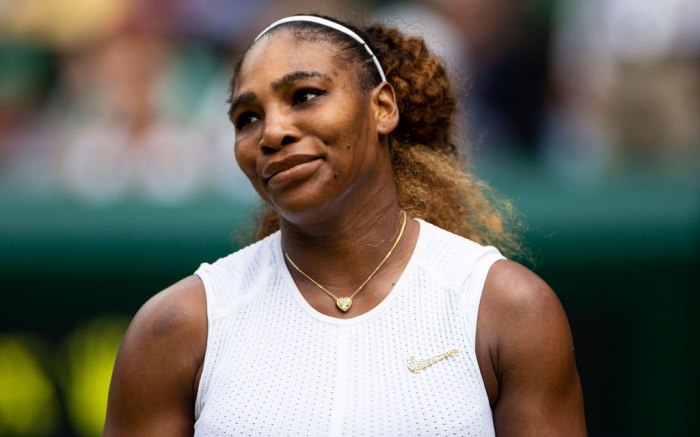 Serena Williams was fined $10,000 for damaging a Wimbledon practice court with her racquet.

The damage occurred during a June 30 training session, the day before official tournament play began.

“I just threw my racquet. I got fined,” Williams told reporters about the incident today.

The longtime Nike athlete was fined $10,000 at the tournament in 2016 for smashing her racquet against the court multiple times during a second-round matchup against Christina McHale.

She faced a $17,000 fine after last year’s U.S. Open Finals for three code violations that included coaching, breaking her racket and the “verbal abuse” of chair umpire Carlos Ramos. (Williams argued with Ramos after he took a game away from her for allegedly consulting her coach.)

Of course, $10,000 is just a drop in the bucket for Williams. Forbes‘ latest estimate put the A-lister’s net worth at $225 million, with the bulk of her earnings coming through business dealings rather than from her on-court play.

Aside from the fine, Wimbledon 2019 has been a rousing success for Williams. Today, the 23-time Grand Slam champ won not once but twice — securing a berth in the women’s singles semi-finals and the mixed doubles round of 16, alongside Andy Murray.