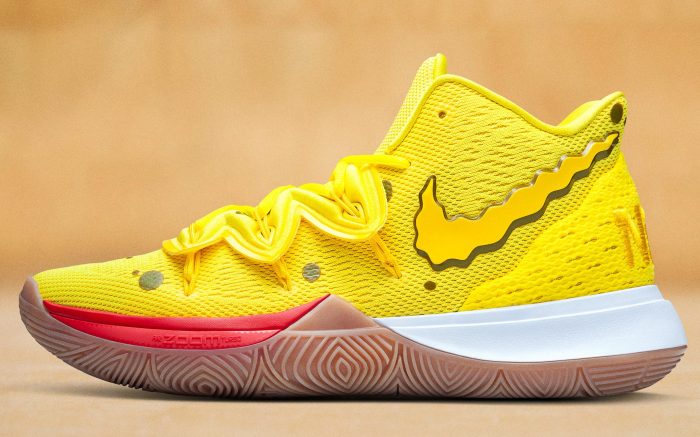 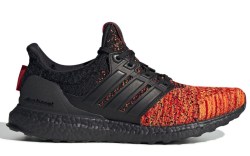 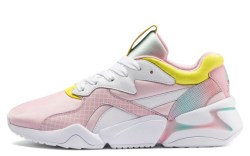 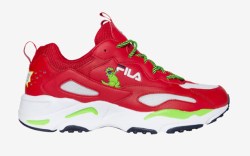 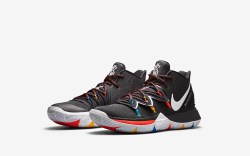 Character shoes are no longer just for kids.

In 2019, some of the buzziest shoe releases — particularly sneakers — were inspired by the biggest TV shows and movies of the present day and past.

One collab that hit sneakerheads with a wave of nostalgia: the Nike Kyrie x SpongeBob SquarePants collection. Two models of Kyrie Irving’s signature sneakers, the Kyrie 5 and the Kyrie 2 Low, were put out in colorways inspired by the Nickelodeon TV show, with colors modeled after characters such as “Sandy,” “Patrick,” “Mr. Crabs” and, of course, “SpongeBob” himself.

In addition to being a fan of SpongeBob, Irving is also a big fan of “Friends,” another Kyrie 5 colorway released this year inspired by the ’90s sitcom, with the show’s logo emblazoned near the heel.

“Friends” wasn’t the only iconic ’90s favorite to get a second life in shoe form. K-Swiss put out a sneaker inspired by the classic yellow plaid look worn by Alicia Silverstone as Cher Horowitz in “Clueless.”

“Stranger Things” is a show with a massive cult following, but there’s perhaps no show that’s been more pervasive throughout the decade than “Game of Thrones.” The HBO program’s many fans went crazy for a collab between the show and Adidas, which featured Ultraboost sneakers inspired by the show’s ensemble cast.

Another Adidas collab appealed to fans from both a nostalgic and current lens. The German sportswear brand created three packs of “Star Wars”-inspired footwear, called “Lightsaber,” “Space Battle” and “Character.”

Click through the gallery to see more buzzy shoes inspired by television and movies that released in 2019.