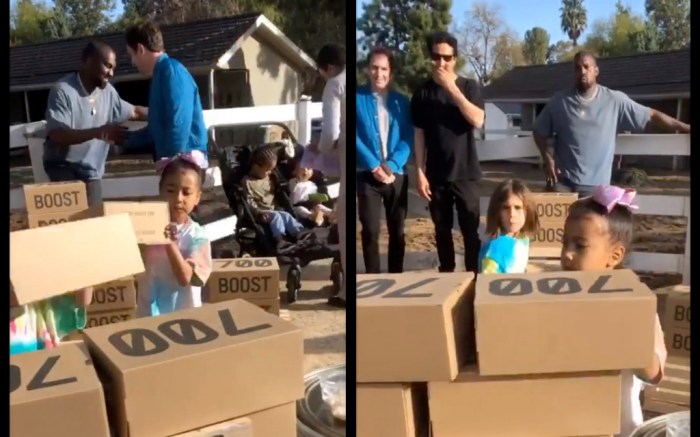 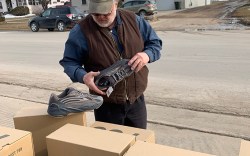 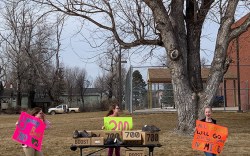 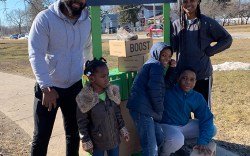 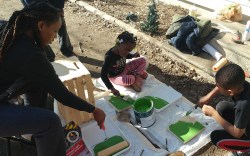 Kanye West has spoken openly about his mental health woes, and now he has teamed up with his Yeezy partner Adidas to support the National Alliance on Mental Illness.

Today, the Yeezy designer, along with his wife, Kim Kardashian, and their children took part in one of several stands across the country where Yeezy Boost 700 V2 “Geode” sneakers were sold in advance of its release on Saturday. All proceeds from the sale of the shoes, which retail for $300, will benefit the charity.

The couple’s daughter North West and her cousin Penelope Disick set up a Yeezy pop-up that resembled a lemonade stand in Hidden Hills, Calif. Taking to Instagram Stories, Kardashian spread the message and invited fans to purchase the shoes early to support the charity.

“All proceeds made via the stands will be donated directly to the national alliance on mental illness (nami.org), the nation’s largest grassroots mental health organization dedicated to building better lives for the millions of americans affected by mental illness.”

Images of the Adidas Yeezy Boost 700 V2 “Geode” debuted on social media in February, and will be sold tomorrow on Adidas.com/Yeezy, at select retailers and Yeezysupply.com.

Last year in an interview with radio personality Big Boy, West spoke about bipolar disorder and his mental health condition, which he references on his “Ye” album.

“I’m so blessed and so privileged because think about people that have mental issues that are not Kanye West, that can’t go and make that [music] and make you feel like it’s all good,” he said. “I’d never been diagnosed [with a mental condition], and I was like 39 years old.”

The Yeezy Boost 350 ‘Clay’ Release Has Been Postponed

Adidas Yeezy Boost 700 ‘Inertia’ Quickly Sold Out, but Here’s How You Can Still Get the Kicks