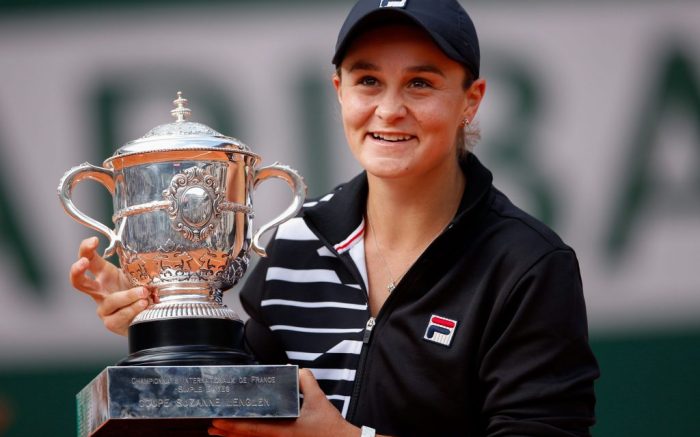 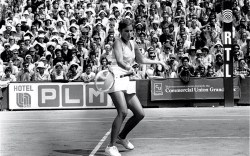 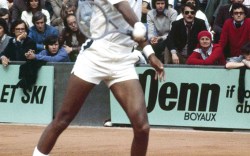 The 23-year-old Aussie won her finals’ match at the Stade Roland-Garros in Paris today against Markéta Vondroušová of the Czech Republic in straight sets (6,1, 6,3) to claim the title. The eighth-seeded star won in dominant fashion, defeating Vondroušová in just 70 minutes.

Barty is the first Australian woman to win the French Open in 46 years. She’s expected to move into the No. 2 spot with the win, which will make her the highest ranked Aussie woman since Evonne Goolagong Cawley in 1976.

This marked the first major appearance for Barty, who took off the entire 2015 season to pursue a professional career in cricket.

The rising star has been signed to Fila for a number of years and renewed her deal with the Italian sportswear company in early 2018. In a release announcing the extension, Barty praised the brand’s commitment to excellence.

“Fila has a long history of supporting champions, so I am honored to represent the brand on-court,” Barty stated. “I have worked hard to improve my game and hope to build on the success of 2017. I am excited to have the support of Fila as I look forward to the coming season.”

The men’s final is tomorrow and will see Austrian Dominic Thiem, the No. 4 seed, take on Rafael Nadal, the No. 2 seed. Nadal, who has won a record-setting 11 times at Roland Garros, is the favorite. Fans can tune into the match at 9 a.m. ET on NBC.

Flip through the gallery to see French Open shoe style over the years.

Below, watch dads weigh in on the dad shoe trend.

Can the New Faces of Tennis Bring a Serena Williams-Level of Excitement Back to the Sport?