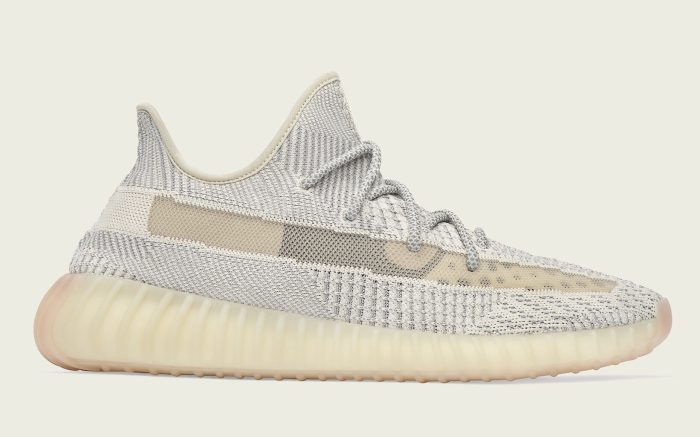 The “Lundmark” comes with a grayish cream re-engineered Primeknit upper, a translucent stripe extending from the toe box to the heel, a signature Boost-cushioned midsole and a rubber outsole.

The “Lundmark” will be available on Adidas.com/Yeezy, Yeezy Supply and select retailers with men’s sizing for $220, $160 for kids and $140 for infants. A reflective variation will drop two days prior on July 11.

Trusted source Yeezy Mafia tweeted last week that the “Lundmark” has been selling for $600 on Sockx.com and could be the most coveted colorway out of Kanye West’s latest regional pack.

Gone to the moon.
The YEEZY BOOST 350 V2 "Lundmark" is already selling for $600 on @StockX and might be the most wanted colorway of the regional pack.
📸 @randygalang x @rylejustinuy pic.twitter.com/iBWL7ug1er

In other Yeezy-related news: leaked images of the unreleased Adidas Yeezy Boost 451 silhouette appeared online last week. The rapper-turned-designer first showed off the unique sneakers in a since-deleted tweet last year in April.

See the evolution of every Adidas Yeezy Boost so far.