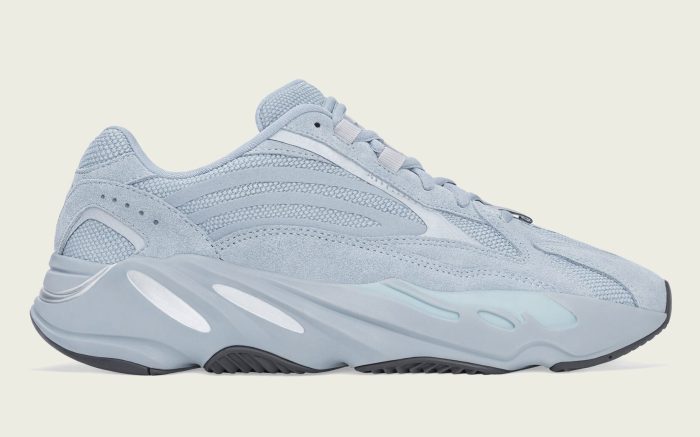 Fans of Kanye West’s beloved Adidas Yeezy line are not going to want to miss this.

After rumors on Instagram that a “Hospital Blue” colorway of the Yeezy Boost 700 V2 will release this month, official images of the newest color scheme surfaced in early September. Seen in the images, the latest style is executed in a tonal light blue color including on the breathable mesh upper that’s paired with premium soft suede panels and heel counter along with reflective Three Stripes branding on the sides. The baby blue hue continues onto the chunky midsole that features the brand’s plush Boost cushioning material while a black outsole completes the look. Check out a better look below.

The “Hospital Blue” Adidas Yeezy Boost 700 V2 dropped today on Adidas.com/Yeezy, Yeezy Supply, and at select Adidas stockists for $300. Along with the aforementioned release, here’s a complete list of all the Yeezys rumored to drop this month including an official look at the latest “Cloud White” and “Citrin” colorways dropping for the fan-favorite Yeezy Boost 350 V2.