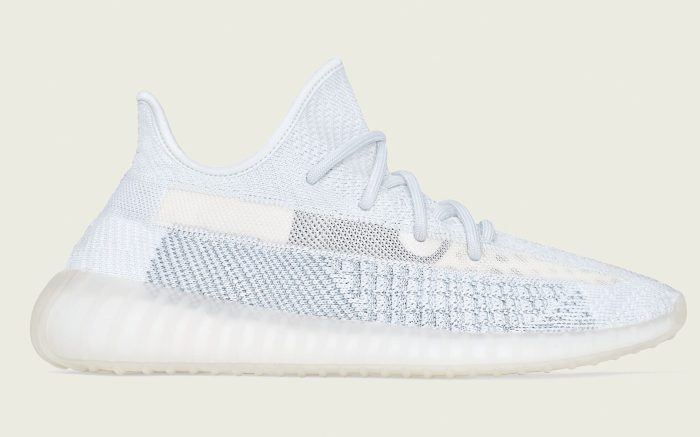 A followup to last month’s reporting that included all of the Adidas Yeezy sneakers rumored to release this month, fans will now have a closer look at the two new Yeezy Boost 350 V2 styles expected to release in September.

First up on the list will be the “Cloud White” colorway releasing on Sept. 21. The shoe features a white Primeknit upper that’s contrasted by a yellow-tinted translucent stripe across the lateral side. Completing the look is the brand’s plush Boost cushioning tech in the midsole along with a rubber outsole.

For the “Citrin” iteration, the breathable Primeknit material used on the upper is executed in a light beige tone while a green translucent stripe on the side adds contrast, which sits atop a beige Boost midsole and a gum bottom outsole. The pairs will retail for $220 each.

The sneakers will also launch alongside their reflective counterparts with the “Cloud White Reflective” and “Citrin Reflective” scheduled to drop on Adidas.com Sept. 19 and Sept. 24, respectively. Early images for the two styles have yet to surface.