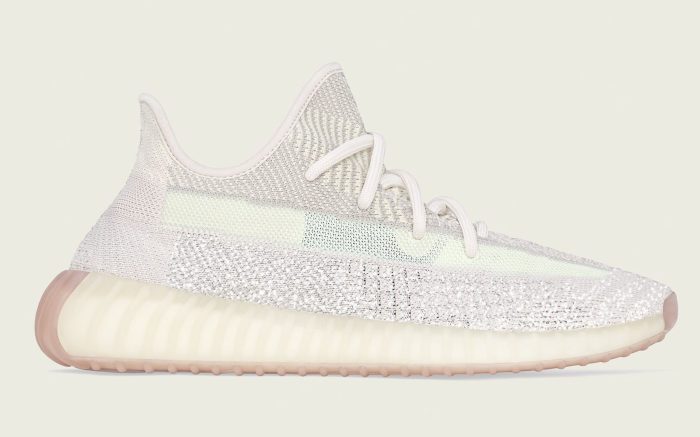 Fans of the beloved Adidas Yeezy line are not going to want to miss this.

Yesterday, the sportswear giant officially confirmed that its forthcoming Yeezy Boost 350 V2 “Citrin” will be hitting shelves next week. Similar to the leaked images that hit the net back in July, the latest style is executed with a tan shade on the breathable Primeknit upper while contrasted by a light green translucent stripe that wraps around the lateral side. The brand’s ultra-plush Boost cushioning technology is featured in the midsole while a gum outsole sits underneath.

Fans who are interested in copping the limited-edition sneakers in the U.S. and Europe can register on the Adidas app to participate in its raffle system. Sign-ups will end on Monday at 10:30 a.m. ET. Those living elsewhere will be able to purchase the kicks on Adidas.com/Yeezy on Monday for $220. The shoe is also releasing in full family sizing priced at $160 for kids and $140 for infants.

YEEZY BOOST 350 V2 CITRIN. AVAILABLE GLOBALLY SEPTEMBER 23 AT ADIDAS.COM/YEEZY AND ON THE ADIDAS APP IN THE US AND EUROPE​

Kanye Is Keeping the Sneaker Drops Coming — Including 3 New Powerphases