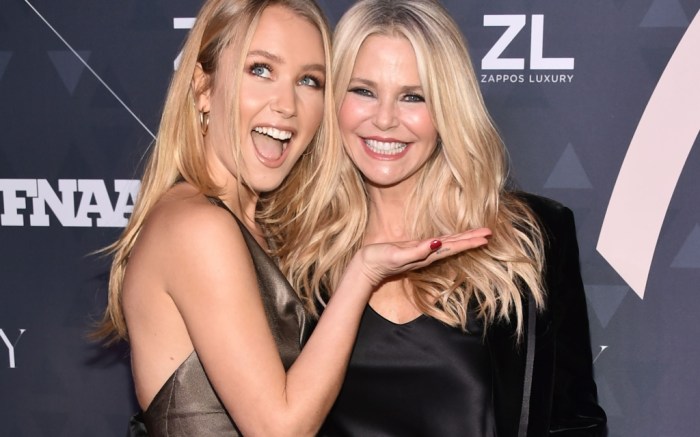 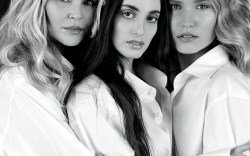 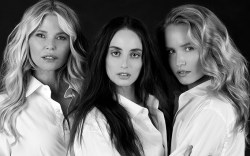 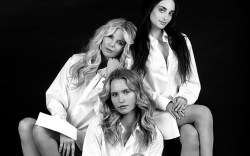 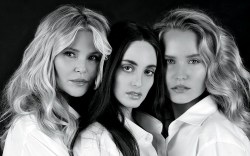 The Brinkley’s are keeping it all in the family. After suffering severe injuries during rehearsal, ABC announced today that model and actress Christie Brinkley will be leaving “Dancing with the Stars.” Stepping in, however, is her youngest daughter, Sailor Brinkley-Cook.

On Thursday night, with only three days left to prepare for the Monday night premiere, Brinkley broke her arm, which has since required surgery and is officially keeping her from participating in the competition.

Now, in a surprising turn of events, her 21-year-old daughter, who was on her way to support her mother in the audience, will take her place as a contestant for the remainder of the season.

“She cries every five minutes over the fact that I’m doing this,” Brinkley-Cook told Good Morning America. “She always calls it the silver lining. We found the silver lining in a terrible situation. And I’m it, I guess.”

With only a short time to learn the routine, she is literally and figuratively following in her mother’s footsteps.

Brinkley posted on Instagram this morning, “Sailor always meets her challenges head on and realized she did not want to be defined by her fears, so with just hours to learn my routine, she’s turning my defeat, or should I say two left [feet], into her own victory of courage.”

Sailor Breezes In to Save the Day! Hey My Friends! So here’s the news. I just broke my arm into a 1000 pieces requiring surgery with a metal plate and screws to hold my arm together..Im so sorry if I’ve disappointed anybody! Only something as bad as this could stop me from continuing to dance with my wonderful coach for @dancingabc …I was having a blast!!!! Shattering my arm was quite literally a crushing disappointment, i never ever want to let anyone down…so I looked for a silver lining and i think I found one that is is solid gold! Sailor! But first I would have to convince Sailor to replace me..she was already on the plane to come sit in the audience when I reached her! (Alexa has commitments in NY including her upcoming Cabaret Show at the @cafecarlyle ) I also had to convince my student/ @imgmodels Sailor to overcome serious stage fright to replace me on the show! Sailor always meets her challenges head on and realized she did not want to be defined by her fears so with just hours to learn my routine she is turning my defeat or should i say two left feat into her own victory of courage! So Ladies and Gents I give you my beautiful Sunflower Sailor Lee. And i think you are all going to have a blast together on this season of @dancingabc ! Sorry for the typos it’s my right arm! And Sailor Thank you for taking a very disappointing turn of events into something very special! you know Showbiz is all about getting a break and I guess you can say Sailor and I both got one on this season of @dancingabc #family #familyfirst #challenge #doitforlove #fearless #brave #dare #justtry #silverlining #dauntless #dance #lemonaid #gowiththeflow #carpediem #seizetheday #formom #TeamSailaV #c’est la vie! #teambrinkley

Similar to her mother’s modeling career, Brinkley-Cook’s has taken off since she appeared with her mom and sister in Sports Illustrated’s 2017 Swimsuit Issue, but she’s also very interested in channeling her creativity behind the camera.

In December, the young model had her first professional photography gig, shooting her mom and sister Alexa Ray Joel for FN. Telling us, “I always loved playing with people and who they are through photography. I’ve been taking photos my entire life.” The trio was also honored with FN’s Style Influencers of the Year award.

Click through the gallery to see more photos of Christie Brinkley and her daughters. And be sure to tune into “DWTS”  tonight at 8 p.m. ET on ABC.