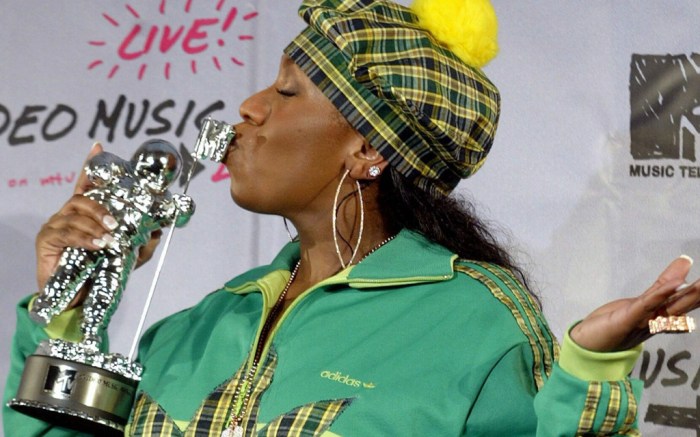 The show will be held at the Prudential Center arena in Newark, N.J., at 8 p.m. ET. The evening will be filled with a killer lineup of performances from artists that include Taylor Swift, Lizzo and Lil Nas X. Missy Elliot will be honored with the Video Vanguard Award, MTV’s lifetime achievement honor.

Below, we’ve got you covered on all the questions you might have about the ceremony and red carpet.

How to Watch the VMAs

MTV is also offering a new interactive way of watching the VMAs red carpet arrivals on Twitter with a livestream feature called the MTV VMA Stan Cam. The realtime experience will let fans vote on what camera feeds they want to see, including the red carpet, backstage and lobby.

During the #VMAs, we’ll be polling you on which celebs you want us to livestream in the audience and backstage👀

Who do YOU want to see? And what would you ask them?🌟https://t.co/5DvO699U0v pic.twitter.com/9awqWgzweF

During certain moments of the show, MTV will ask folks on Twitter to vote for three celebrities in the audience and livestream their reactions. The VMA Stan Cam is also slated to feature moments with performers backstage during the show.

While you’ll be able to stream the red carpet and more pre-show action live on Twitter, a paid subscription to a service that offers MTV is required to view on MTV.com and MTV’s app.

Taylor Swift will rock the house at the award show for the first time in four years. Other stars include Queen Latifah with Wyclef Jean, Shawn Mendes, the Jonas Brothers and J Balvin. And of course, Missy Elliot, who will be honored with the Video Vanguard Award, is also set to hit the stage Monday night.

Ariana Grande and Taylor Swift take the lead with 10 nominations each, including for Video of the Year and Song of the Year. Break-through stars like Billie Eilish and Lil Nas X are also up for awards. The two artists are both nominated for best new artist and video of the year. There are also two new award categories, Best K-pop and video for good.

See all of the MTV VMA 2019 celebrity red carpet arrivals as they happen.