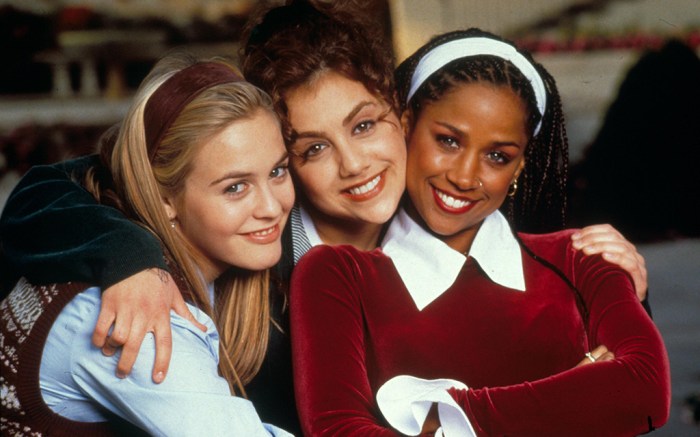 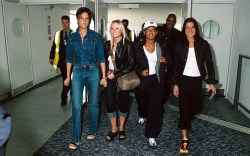 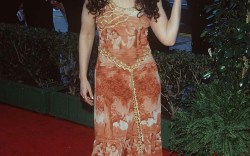 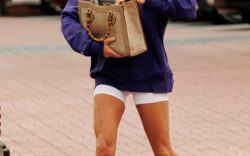 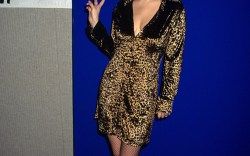 Lately, ’90s shoe trends continue to be a source of inspiration for fashion and footwear brands both seasoned and new.

Last year, Steve Madden brought back its Slinky Sandal, a comfortable, chunky slide that won the hearts of tweens and teens of the ’90s. The cushy slip-on and other renditions of the totally ’90s shoe trend continue to be spotted on Instagram feeds today.

Additionally, several designers such as Prada, Staud and Tibi featured ’90s shoe trends on the runway for spring and fall ’20. The nostalgic craze has inevitably blossomed in the age of Instagram thanks to the era’s extreme silhouettes. Revivals and anniversaries of television shows, movies and songs have also bolstered the prominence of ’90s shoe trends.

In 2019, K Swiss released a series of sneakers inspired by “Clueless”. The ’90s cult film celebrated its 25th anniversary in 2020.

The era’s plethora of minimal but bold design has allowed several brands to create contemporary shoe styles that are embedded in the‘90s tradition. From platform sandals to combat boots, check out FN’s breakdown of the most popular ’90s shoe trends that have made a comeback.

Although the platform shoe was around well before the ’90s, platforms brought women’s footwear to new heights at the end of the 20th century. The outrageous shoes not only made a statement but allowed women to take up space.

In 1993, Vivienne Westwood cast models down the runway in sky-high platforms and heels for her Anglomania collection. The collection was unforgettable not only for the shoes but the way the models walked in them. One of fashion’s biggest faux-pas moment was handled with grace when Naomi Campbell tripped on the runway during the London show.

The platform was also an integral element to Spice Girls’ appearance. The UK girl group carried on the trend of wearing sky-high shoes while performing and during fan appearances.

The elevated shoe also extended its reach thanks to Steve Madden’s slinky platform slide, “nearly every American girl, tween and teen of the mid-to-late 90s wore a rendition” of the shoe, writes our style director, Shannon Adducci, who owned a pair herself back then.

Shoppers can still enjoy the classic chunky shoe thanks to Steve Madden re-releasing its Slinky Slide last year. The comfortable slide adds extra height with its two and a half-inch heel and has a cushy footbed for extra comfort.

Today, platforms aka flatform sandals, continue to be popular, especially in warmer seasons. Several brands now feature a flatform sandal or flip flop in recent collections. The shoe is perfect for those looking to boost their height without the discomfort of stilettos and pumps.

Even UGG has tapped into the totally ’90s shoe trend with its new Disco Slide sandal.  The slipper-like slide gives shoppers a boost without compromise and is retailed for $100 on ugg.com.

Sliding into the long weekend. 🍉 Comment below with your favorite color.

During the 1990s, shoe trends played on exaggerated elements. The trend was evident in chunky platform shoes, demure kitten heels and the polarizing square toe. While some may cringe at the style, the trend continues to be chic.

Young designers such as Daniel Lee, the creative director of Bottega Veneta, brought the style back into the spotlight by incorporating the ’90s shoe trend into seasonal collections in 2019. Although the style has been around for a round of seasons, there’s no sign of square toes going out of style anytime soon.

Today the square toe sandal can add some edge to your everyday look. The ’90s shoe trend has become a contemporary staple today with brands such as Rag & Bone putting its own spin on the officially “vintage” style.

Seattle-based bands such as Nirvana and Pearl Jam defined rock ‘n roll of the ’90s, and so did their style. Known for utilitarian style such as flannel T-shirts and work boots, the care-free grunge look became a major trend in the computer-age era. The style quickly got picked up on the fashion radar thanks to young designers who were inspired by the scene, including Marc Jacobs.

However, the trend did not fare well with the fashion crowd at the time. Marc Jacobs’ was fired as the designer of Perry Ellis in 1993 for his grunge-inspired show.

Today, combat boots continue to be a favorite for both men and women thanks to their rugged lug-soles and lace-up uppers. FN awarded Dr. Martens 1460 boot the 2019 Shoe of the Year at its annual award show, the Footwear News Achievement Awards.

This ’90s shoe trend is expected to emerge as a key style in the fall thanks to its practical yet edgy style. While Dr. Martens put combat boots on the map, there are several brands that have incorporated the style into collections, furthermore proving the power of this iconic shoe style.

The Mary Jane is one shoe style that spans decades in remaining a popular footwear choice for girls and women. Even in the 1920s, the Mary Jane shoe was a favorite. The shoe was considered an everyday footwear option for young girls in particular. When “Clueless” debuted in 1995, both teens and women fell for Cher Horowitz’s funky schoolgirl style.

Now the shoe is making a comeback as designers such as  Prada featured models in the strappy shoe in their spring ‘20 shows The closed-toe shoe can double up as a casual slip-on or as a dressier footwear option.

Back in the day, the classic strappy sandal was spotted on women everywhere, from movie premieres to proms. This formal shoe has been renamed the “Naked Sandal” in 2019 due to its barely-there appearance.

The revived style was notably pushed to the forefront last year by Australian shoe brand By Far. The trend was also picked up by luxury designers such as The Row and Yves Saint Laurent, which debuted such shoes in their spring ’19 collections.

With shoppers favoring more comfort-based styles, the naked sandal may not be as popular as it back in 2019. However, the simple shoe is a  closet staple that’s convenient for special occasions or a night on the town.

Chunky trainers or dad shoes are the original “off-duty” shoe, as a pair provides comfort and versatility. Famously worn by Princess Diana while she was out and about, ’90s shoe trend continues to be a hot style in footwear.

Designed for comfort, the athletic trainers gained popularity across the spectrum, from A-listers to dads worldwide. The shoes continue to trend thanks to luxury brands such as Balenciaga and Louis Vuitton making renditions, as well as revivals from the original labels that tapped into the trend, including from New Balance and Nike.

Despite the classic style, emerging brands such as Veja are putting a new spin on chunky trainers by adding a sustainability element to them.

Veja’s trainers feature natural rubber soles and a cotton coated upper complete with faux leather and corn resin. The environmentally conscious shoes are one example of how footwear brands can take on trends in an even more meaningful way in years to come.