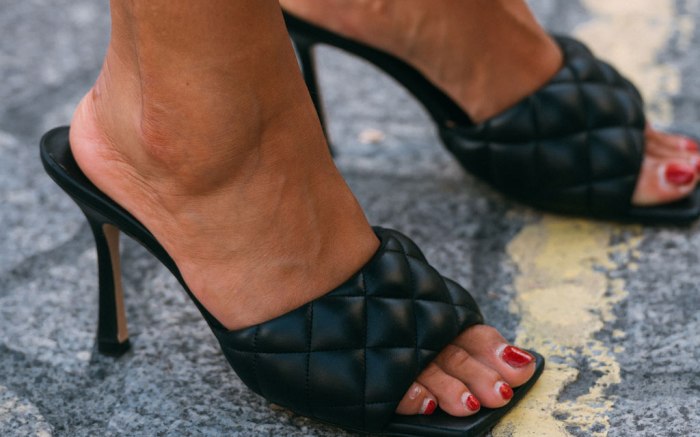 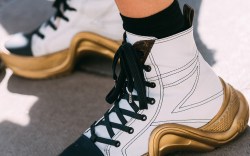 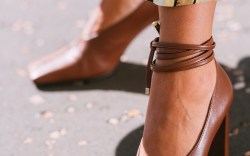 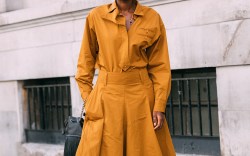 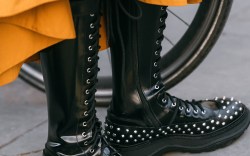 The ’90s are back — and for proof, look no further than London Fashion Week spring ’20.

Millennial nostalgia has led to a fervor for all things pre-Y2K, shoes included. And attendees at LFW, which began Sept. 13 and ends Sept. 17, sported current trends inspired by the era.

Square-toed shoes — derided just a few years ago as a major fashion “don’t” — were everywhere in the ’90s. Now, they’re back, thanks in large part to Bottega Veneta creative director Daniel Lee. The designer’s quirky but wearable puff sandals with a square silhouette were a hit among London’s sartorial elite.

Square-toe pumps from Wandler, featuring cross-stitching and an ankle strap, were a favorite of the LFW crowd as well.

The ’90s were also defined by chunky trainers, which reentered the mainstream in 2018 under a new name: the “dad” shoe. Perhaps the most defining silhouette of the trend was the Balenciaga Triple S, seen on the streets of London alongside clunky kicks from New Balance and Ports 1961.

Grunge was another major trend of the ’90s, spurred by Seattle grunge bands like Nirvana and Sonic Youth. One fashion week attendee took cues from the last decade of the millennium and chose to wear a shiny black, studded Alexander McQueen work-boot hybrid, which felt like a modern-feeling interpretation of grunge.

While many of today’s trends are totally ’90s, there’s one season definer that’s all 2019: the snake-print boot. Arguably the “It” shoe of fall, the style popped up in the Swinging City, on footwear from Jimmy Choo and Vetements.

Flip through the gallery to see more street style from London Fashion Week.